A Piece Of Sky 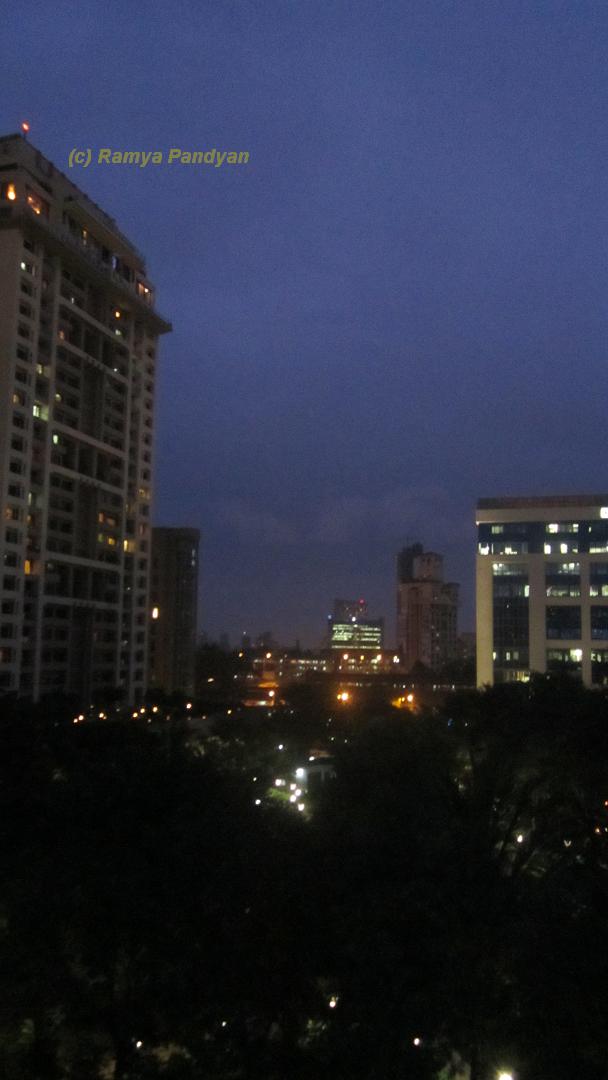 Not far from this mausoleum of Mumbai’s textile mills, lies the rapidly growing upper-crust uber-urban area of high rises (and higher prices). They’re shooting up into the skies, they’re advancing rapidly to engulf the hitherto mill belt. I know I’m probably harping on and on about a forgotten age. A city must develop & grow, its older structures, both architectural & social, must perish and be replaced by newer definitions of urban life.

I’ve lived in flats all my life. Staircases, then lifts and now escalators are all everyday things to me. My father who grew up in rural Tamil Nadu himself, used to tell me that when our first flat was under construction, he’d look up at the construction site and think,

“That little piece of sky there, that’s going to be ours.”

Recently I happened to be in Lower Parel. I rode a tiny old-fashioned lift that had probably been added on some years after the building had been built in an additional wing. The flat I visited, was tiny. But the furniture was tasteful, the fittings luxuriant and everything was stacked up, tucked away or fitted at the edges so perfectly, it seemed larger & more opulent than it was. Everything that had gone into that flat, could only have been paid for by someone who had enough money to live in that area. At the same time, it was a flat in a congested, under-redevelopment area of Mumbai so it couldn’t possibly have been any bigger. It seemed like it fit its identity, its space perfectly. If that flat were a person, I’d say it fit into its skin comfortably & well.

Then I stepped out and here’s what I saw. This slice of sky will probably not be seen again for a few generations in Mumbai. In a year or two, somebody will claim it for their own, somebody somewhere will call it home. Security guards will man the gates, landlords & lawyers will brand their names with contracts & leases and residents will glare or protest if you look too hard or too long at them.

But today, this evening, the sky belongs to no one. It’s free to be stared at, to be photographed and to be remembered. This is just me, holding on to fragments of the world I once knew before it vanishes right before my eyes. Goodbye Mumbai, city of my childhood, chaperon of broken dreams, home to everything new & ruthless & transient.