Where I’m From – The Andheri Girl 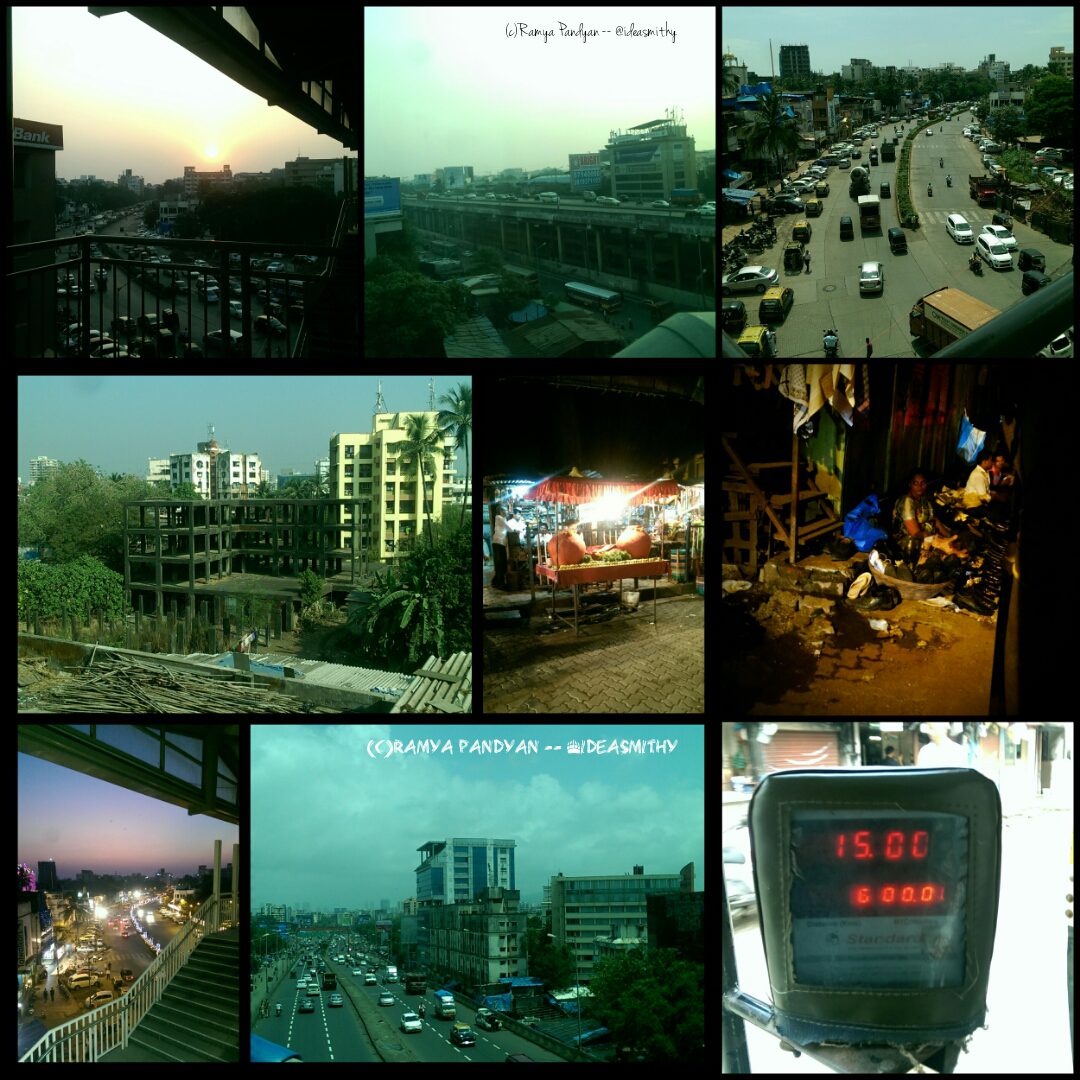 I grew up feeling not very good about where I came from. For one, it was difficult for me to identify exactly where I was from. My ancestors were from Tamil Nadu and accordingly, the family would constantly refer to ‘our people’ and ‘our culture’ and ‘in our land’, meaning all things Tamil. My parents see linguistic identification as a big part of one’s identity. Where does that leave me?

Tamil is my fifth language and I can’t read or write it. I grew up being chided by the larger family for speaking ‘my’ language so badly. Hindi is my third language and I can read, write and speak it. But North Indians have always condescended to my ‘madraasiness’ and would laugh at me if I dared lay claim on it as my language. Marathi is my second language but I haven’t had a chance to read, write or speak it for 20 years now since my Maharashtrian tutor/ friend’s mother/ mother’s friend is no longer next door. English is my first language, the one I can claim to be fluent in, the one I think in and the one I practise my craft of writing in. I can also speak various kinds of English (maka-pav English, Queen’s English, digital native English, American/modern English) that may not be recognized as dialects but to me are as diverse and culturally rich as them. But English is not supposed to be an Indian language, is it? So I’m rudderless in the world of linguistic identity.

At some point, I decided to let my home define me. Mumbai; me Mumbaiker. Every Mumbaiker knows that this city is socioculturally and economically diverse. I was a suburban kid. And I grew up in what at the time was no man’s land. It was in transition from being an industrial belt to a newly residential area. This means connectivity was not great, there weren’t that many people who could band together and say collectively, “I belong here”. We were still growing up, our parents generation defining what the identity of this area was going to be. That place was called Andheri East and I grew up in the remote outer reaches of a Catholic village called Marol. It was far from EVERYWHERE.

By the time I was a teenager, I was restless enough to want to break free of the tiny community/village atmosphere where everybody knew everybody else and everyone was in everyone’s business. All the kids went to the colleges that were deemed fitting for Marol people — Bhavan’s, MVLU, Chinnai and Tolani. I escaped into the big world and lost myself in the masses at Mithibai. Mithibai was in Juhu, considered a ‘posh’ area and known to Marol dwellers as that place where filmstars kids studied and exchanged drugs and cigarettes everyday.

I learnt a lot of things at Mithibai (mostly outside the classroom). One of the biggest things was that where I came from, had no social value at all. Nobody had heard of Marol, no one cared about Andheri East and none of the others had to take the same bus-bus/train-bus route that I had to. I hung around in Lokhandwala, Juhu, Bandra and occasionally town. I’d travel for at least an hour from home, before I could shop or watch a movie or meet a friend, and I’d have to budget for longer in the monsoons.

Shortly after graduating, I moved out of Andheri East. Moving to the West was both literally and symbolically moving to the other (better) side of the tracks. I forgot about Marol and Andheri East. In the past decade, I’ve watched this place grow from a  distance. I’ve been part of conversations that talk about it being the hellhole of Mumbai. And some part of me has felt grateful that I don’t live there anymore.

I’ve lived in Irla, Bandra and Mahim. To a lot of others like me, these places symbolise aspirations of the sort that lie deeply entrenched, aspirations that I have achieved. I have friends and acquaintances who live in Andheri East. A vapid way to describe it would be to say that they never made it out of there. Some of them relate to me the way I used to relate to my classmates in Mithibai — with a reluctant sense of awe. Only sometimes do I correct them and remind us all that I was a Marol kid.

Last week, I was drafting an essay for work, about Mumbai neighbourhoods. ‘Andheri East’ didn’t even stand out specifically to me. But it was on top of the alphabetically arranged list. So I began writing about it. And here is what I came up with, which was a revelation:

“Andheri East is one of the fastest growing suburban locations in Mumbai. It is one half of Mumbai’s biggest suburb. It is home to Mumbai’s international airport and many five star hotels in the vicinity. It also boasts several office complexes and residential areas.

Andheri East’s big advantage is its connectivity. Mumbai airport’s international terminal is situated in Sahar, at the heart of the area. The domestic terminal is along the highway, not too far away. The Mumbai metro line runs right through Andheri East, connecting it to Ghatkopar in the Central suburbs and Versova on the other side. Andheri railway station is a major suburban station. It is also the station that connects the Western and Harbour lines. And finally, there is an intricate BEST bus network with multiple bus depots in Andheri East.

Andheri East can be divided into clusters like Mahakali Caves, Chakala, JB Nagar, Marol and Saki Naka. Each of these clusters has its own shopping blocks, markets, restaurants and cafes. Industrial/corporate complexes rub shoulders with residential colonies and commercial blocks.

A Saturday fish market is part of the local colour. There are two popular multiplexes and several single outlet and chain restaurants, close to Andheri-Kurla road. But it stops short of being a culture hub. You won’t find a lot of bookshops, theatres, museums or cultural events here. Andheri East doesn’t have many gardens and parks but it does abut Aarey Milk Colony which is one of the city’s biggest green belts.

Andheri East’s dense population makes it one of the most feared areas in the city, to get stuck in traffic. If you are looking for a quiet place to retire to or a serene getaway within the city, steer clear of Andheri East. Given its predominantly middle-class family demographic, it is also not the best place to look for popular nightclubs or pubs (unless you visit the ones in the five star hotels near the airport). Andheri East citizens tend to go out of the area for these.

Andheri East is self-contained township that is well connected to every other part of the city. It’s a great place to begin a real urban life in Mumbai.”

That last is just what my parents did. Andheri East is where a small child, a sheltered housewife from Delhi and an ambitious professional from a small town, found home. It gave us access to everything we needed to build a better life — just what newcomers to Mumbai come seeking. What more could one ask for? I grew up in most bustling part of the busiest city in this country. That is who I am — a urban citizen, an Andheri girl.

And just like that, I found pride in where I come from.

12 thoughts on “Where I’m From – The Andheri Girl”