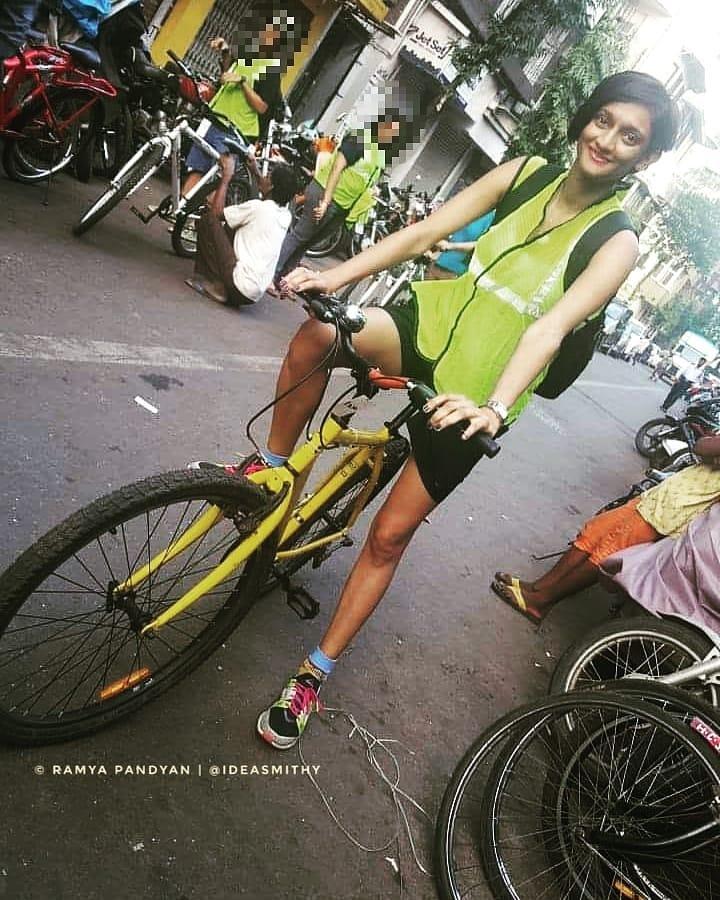 The best way to know a place is to explore it on foot. Otherwise you’re at the mercy of other people’s preferences, driven by commercial agenda or limited personal narratives. But to go off the beaten path & discover the treasures that every city has, its rich neighborhoods, its deep histories, its delightful surprises, you must seek it out in your own.

My favourite thing about cycling is that it lets you do this with speed, without sacrificing the ability to go where you want. This photo is from a bicycling tour through South Bombay, a place I’d only ever known for its tourist landmarks & office buildings. That day, I discovered influences even before the British, unraveled histories of a religion I thought I’d known since childhood. On a bicycle, I went to places that trains, autos & even cabs don’t go.

I began learning about my city as I mapped out routes to college, then hangout places. One day I began alighting the train at stations I’d only seen from train windows to explore what lay beyond. I discovered spice bazaars, old mills, bargain markets, a Shinto shrine, discarded buildings, fading cultures from over a century ago and once, an old book shop whose owner gave me a collectors’ set of vintage bookmarks.

A city is just a set of buildings, tasks & money unless you acquaint yourself with these. I’ve visited other cities, Indian, South-Asian, European. A mall looks the same in every language. Money trades the same way in every geography. Office spaces always look like people turned into machines. But the things that give a place its own flavour are how life is lived.

What the people value, what drives them, what makes them laugh, what comforts them. You find these answers in their architecture, language, food, even the way they move. Every city draws in people of different kinds from around itself. And the complex dance that the people in that city do around each other & the space is what shapes the story of their city.