Skip to content
Chronic Thinker My Soulmate Is A Book Storybook 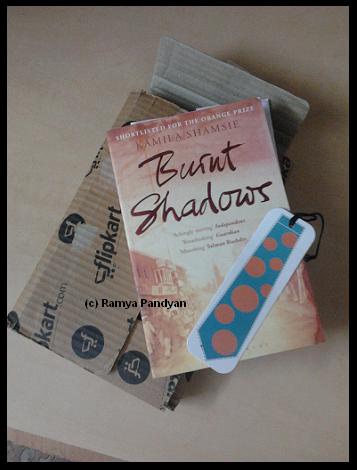 “Flowers and chocolate. Jewellery is always welcome, of course. And don’t be shy of perfumes.”

Sheena announced. A grunt was all she got for her airy declarations, before Ajit turned to the waiter. Sheena slumped back in her seat, downcast. Maybe talking about jewelery and perfume was a bit much. But he had to know she was joking. Well, not too much. He had better not forget her birthday. She had been warned but that was supposed to come later, not this early.

“What are you reading these days?”

His voice interrupted her fervent train of thought.

“I’m dying to get hold of the new Hugo McLevoy but the stores don’t have them as yet. I’m on the last chapter of ‘Treble and Bass’.”

“It’s a bit too out there for my taste.”

“Too out there? Because it’s a romance?”

“I don’t have a problem with romance. This isn’t romance, though. Love twice over, starry eyes in the orchestra pit. Clichéd, don’t you think?”

Her eyes narrowed as she stacked her thoughts in her mind to counter. They moved to McCall-Smith and Chandler over starters and her good humour returned. It was only when they took up the menus again to select dessert, that she allowed herself the luxury of letting his voice wash over her, without listening to its words. Never mind that he was only asking the waiter if they had kulfi. He had a nice voice, smooth and even-pitched. And she liked how he enunciated his words, light without snagging on any sound. It was still new enough to be attractive and she clutched the sensation of it, tightly. Attraction, she’d use it to build romance and more, with this person she was going to marry in six months. His tastes were rather plain though. His kulfi made her panacotta look pretentious. Well, not really, it was a masterpiece and nothing could take away from its perfection. She dug a defiant spoon into the white custard and watched him tuck contentedly, into his chocolate kulfi. Two mornings later, the receptionist buzzed about a courier. Sheena hugged herself as she walked across the office to retrieve it. Courier deliveries always felt like presents, even if they only opened to reveal bank statements. This however, was a parcel. Frowning, she slit the cardboard wrapping and pulled out a book. The title announced it as ‘The Best Is Yet To Be – Hugo McLevoy’. There was no card or note but the first page bore an inscription.

“A new memory for you, till it’s old enough to be nostalgia. Ours.”

Sheena grinned. She’d love to have a kulfi right now.

I wanted to write a romance for today’s #MayShortReads. It’s not a style I dabble in much, given that the expression is so far from what I’m normally comfortable with. This story is far less dramatic and serendipitous than the one I had in mind. Maybe I’ll give that another shot later in the month. Stay with me. 🙂

May 10, 2022 IdeaSmith
Harassment & abuse Identity Is This Feminism My Soulmate Is A Book

One thought on “MayShortReads 02: Treble and Bass”