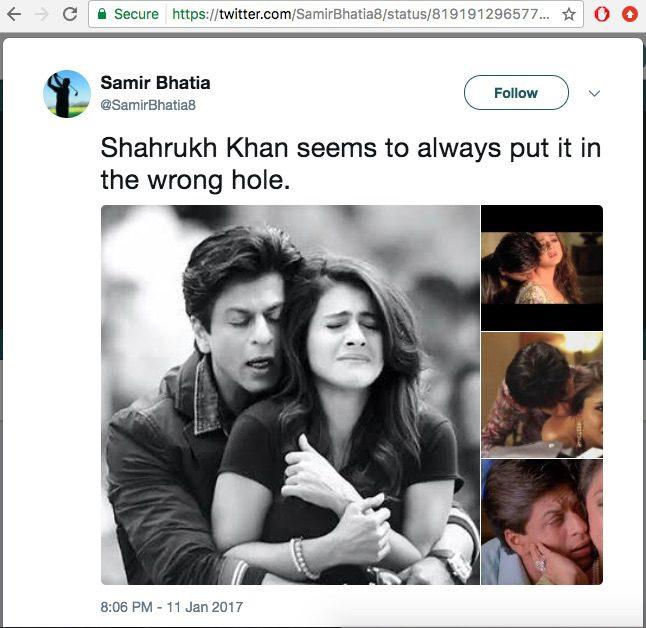 I saw a tweet being shared (with a fair bit of bragging about how it went viral on 9GAG).

For those of you who cannot be bothered with reading the article, what I took away from it – it may be possible, in the heat of the moment, to superficially  jab at the wrong hole. But the kind of penetration that causes pain definitely isn’t ‘accidental’.

Now look at the above ‘joke’ again. If these were sexual situations (as the ‘joke’ implies), would the women’s expressions be ‘Oh oops, how careless’ or “OH MY GOD THAT HURTS SO BAD!!” I am a woman and I can tell you female pleasure does not look like that. I can see pained resignation, agony, horror and grief, respectively on each woman’s face. Are these the reactions you’d expect from consensual sex or the opposite – dare we say it – RAPE?

I tweeted asking if the above was a rape joke or not. The originator of the ‘joke’ replied with the following.

Let’s ignore the defensiveness and the unwarranted aggression all garbed under ‘I respect your opinion’ and focus on the reactions each of our tweets got. I’m not surprised. Misogyny is so cool that the vast hordes will rush to defend and support it. On the other hand, here’s what happens to a woman who even questions a man and god forbid, challenges his rape culture.

And finally, this is what happened when I asked for help:

But this morning, others told me that they agreed that it was a rape joke. Several also expressed outrage about those offensive tweets and confirmed that they considered these death threats. A fair few joined me in reporting that account (which I imagine is the only reason Twitter thought to take some fractional-hearted action).

I am glad enough of people realise that if you stand with a rapist, you make it possible for them to be so. Being silent about, ignoring, joking about or agreeing with rape culture IS rape culture. Attackers trying to silence anyone who challenges rape culture, are propagating rape culture. If you support these attackers, either openly or by asking the recipient of their attacks to be silent, you are also propagating rape culture. Every word counts, every moment of silence counts too. Try not be a rapist.