Now That You’ve Put A Ring On It, What Next? 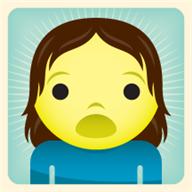 So the engagement finally did happen and it was as fairytale, as individualistic and as special as I never dared hope it would be. It’s been a couple of months since then and I’ve had time to let it sink in.

For starters, the ring was too loose so back we went to the jeweller’s the very next day to tighten it up. Did you know how rings are measured? There’s a curious cone-shaped device with scale markings on it, for circumference. Quite innovative. The science student in me was tickled. Several tries later I walked out. It still is slightly loose but that’s not really the fault of the jeweller. The design is an unusual one where the circle sort of rises up near the diamonds, so it makes for a twisted circle. A shape like that would never fit snugly on a finger. Add to that my knobbly fingers that are knotty at the joints and then bone-thin everywhere else. So immediately, I developed the bad habit of turning the ring round and round my finger while fidgeting (which is often).

I can’t say I’ve still gotten used to how it looks and feels. It’s pretty,  but…it’s different from what I always wear. It’s not silver, it’s not an inexpensive no-frills piece of junk jewellery. When I’m wearing it in public, I’m always looking at it, checking to see that it’s in place, moving the diamond to the inside so it doesn’t get caught on door hinges and other things. Not exactly a picture of the content fairytale bride.

Then there’s how it is an indication of things deeper. Of course, I’m having cold feet. What, you think I need a Y chromosome to get that? I’ve never been comittmentphobic, I’ve never been anti-marriage and this isn’t some guy I met at the party last weekend. I’ve been in a committed relationship for nearly two years with him and there was never any question that this was a serious relationship heading this way eventually. It is the right time too. Still, I catch my breath on occasion when the reality hits me.

Every time we fight, for instance. Like that would surprise to anyone. Who gets second thoughts when all is peaceful and well? We’re the worst of all the ‘opposites attract’ stories right from Beauty & the Beast to The Lady & The Tramp. Worlds collide, opinions clash, words are exchanged and it all seems like such hard work. At those time, that ring that looks so beautiful and delightful in a ‘I’ve been waiting for so long for this!’ way, scares me. It scares the shit out of me when it metamorphoses in my head from a slender gold-and-diamond band to a heavy manacle chained to an iron ball. GULLLLLLPPPP.

I woke up one morning with a red scratch on the side of my nose. Even if I do have a nose that could probably bridge a dam, it’s unlikely I got it anywhere else. That sparkly ring was to blame, yet again. (And oh, apparently I rub my own face when I sleep). So I decided to take it off when I slept.

There was at least once through a bitter fight, when I decided to take it off and

put it back into its box till it felt ‘right’ to wear it. One day stretched into another and I realized I hadn’t worn my ring for almost 10 days, well past our argument and its resolution. And immediately after I noticed it, I realized that I missed it. So that evening, when I went out, I slipped on my lovely engagement ring as well. It felt nice, not awkward at all. And that night, before going to sleep, I took it off and put it away.

I realized something that night. Having to wear the ring all the time, made it bondage. Taking it off before sleep brought it back to being a beautiful piece of jewellery. Being able to choose when to wear it or not gave me back my power. I am a powerful woman in this relationship, after all. I’m not engaged to a man who needs to keep me submissive or show his ownership of me with a piece of metal. I am with a person who respects and supports me for the person I am. Having this choice is my daily, personal reminder.

The arguments haven’t stopped. But the cold panic in the middle of the night has. And the second thoughts stay just what they are – secondary thoughts.

4 thoughts on “Now That You’ve Put A Ring On It, What Next?”