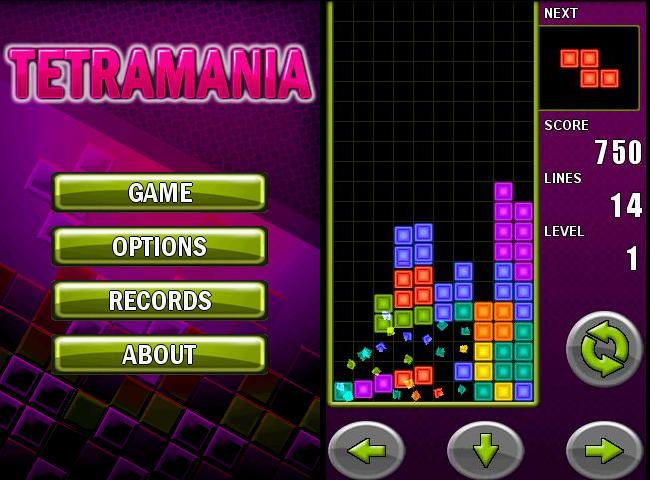 Following the purchase of Marvin, I ran into a busy month. Endless chores, several frustrating trips to places, meetings that didn’t turn up anything useful and all that waiting! I’m sure I’d have lost it if it hadn’t been for some of the treasures I unearthed in the Android Market.

I’ve been getting educated on gamer terminology by the boy for awhile. So ‘casual gaming’ is a familiar term. For a long time I thought this was just a grand term for oversimplistic games that involved lobbing balls against a wall or firing endless bullets at aliens/monsters/thugs/enemies. But to my delight, I discover that casual gaming also has some goodies for people who’re looking for activities that aren’t just sports-derivatives or polite, civilized war actions.

Classicists will find old favorites like Tetris and PacMan available, albeit under different names. The Tetris application that I have, is called Tetramania  and pretty much follows the most standard version of the game. My only problem with it is that the blocks are coloured randomly and not by shape as the game I remember from my childhood. Apart from that, the controls are not difficult to get used to, the display is just the right size to allow for sufficient levels but also good visibility. Tetramania is developed by Goodroid and available for free download in the Android Market.

The other object-clearance game that I really enjoyed was Bonsai Blast. This

is a multi-level puzzle that involves lining up balls by same colour to make them vanish. These must be completed before the balls (pouring in constantly through the level) reach the pit that they are headed towards. Higher levels gives you special powers like element-balls that destroy balls they’re shot at. But the balls also pour in faster and in more complex colour combinations. The path of the balls and the number of destination pits also varies by level with ascending levels of difficulty by inclusions of pipes, walls parallel ball-paths and multiple destination pits.

light) fingers. In the higher levels, with multiple paths and unexpected dangers (sudden speed-ups, inward-spiralling paths where there’s no room to clear the leading balls), a player may find themselves struggling if they can’t multi-task. I actually got stuck for hours on some of the levels. But the game never gets boring. I like the fact the makers have varied not just game components to keep it exciting but also alternated the real tough levels with slightly easier tasks. It keeps a player from getting frustrated and giving up. I’m quite proud I managed to complete all the levels of the game and only sorry that I couldn’t find any additions to it. Bonsai Blast is a product of Glu Games and is available for free download in the Android Market.