K is for Kitne Aadmi The? 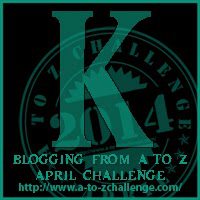 Have you heard of Tall Tales? They are stories based on wild, unrealistic exaggeration which cause mirth and entertainment for their readers. Tall Tales are part of popular American folklore. I’ve been wanting to try the format so here it is. I’ve picked a basic concept from one of India’s most popular stories, the film Sholay. For the uninitiated, this is a story of two petty criminals Jai and Veeru, who help an ex-cop/landlord avenge his family’s massacre by a local bandit, Gabbar Singh. Jai and Veeru were played by two of the biggest superstars of their day, Amitabh Bachchan and Dharamendra respectively. Veeru’s love interest is Basanti, a garrulous village belle. The italicised words (including the title) are actual lines from the movie that went on to achieve cult status. This is as much as you need to know to enjoy this story, and I hope you do because I had a ton of fun writing it! Here’s K is for Kitne Aadmi The? for today’s A to Z Challenge.

K is for Kitne Aadmi The?

Once upon a time there were two young men. Like all young men they didn’t have much to do so they got up to all kinds of mischief.

One of them was very tall. His legs were so long that when he stood up, grown people could walk under him without having to bend. He had been prone to house-jumping in his old village, playing leapfrog over the rooftops. A lot of utensils got broken and gardens mashed with his jumping antics, so he was banished. He didn’t mind, however. He was bored of house-jumping anyway, so he set off on the road to find new adventures. In no time at all, he had gone halfway around the world. (It only took him 7 days and that was because he walked slowly instead of jumping. He thought he should learn to be a bit polite).

When he was bored of walking, he sat down to rest. Stretching back, he decided to study the sky. Just as he had began to fathom white designs in the blue, something ran into his legs. He stood up immediately. From his height, he could just make out something broad near his knees. So he squatted, folding his knees. He came face to face with another young man.

The second young man was looking around nervously. He was most surprised to see a face pop up all of a sudden between what he had taken to be two trees.

“Can’t you watch where you’re going?”

“I thought you were a forest!”

“There is no forest for miles around!”

“I’m sorry, I was walking sideways so I couldn’t tell.”

You see, this second young man was very broad-shouldered. When he stood completely straight, his shoulders were broad enough to block the horizon. Most people did not notice him and thought he was a giant rock. Some people even thought he was the end of the world and that there was nothing to be seen beyond him. One village had chased him out because they thought he had eaten up the sun. It wasn’t visible anywhere while he was standing facing them.

All this, the second young man explained to the first. The first listened gravely. He never smiled, in any case. His long legs tended to pull the sides of his lips down. He understood, yes, yes. But he didn’t know why the first young man cared so much. Saala nautanki, he decided, bahut drama karta hain. But since he was bored, he decided to befriend him. And that is how an uncommon friendship was born.

Together the two of them had many, many adventures. Once they decided to scare the people of their old villages and eat up their food, after the villagers had run away. The tall young man entered the second one’s village. But the village lookout saw him from afar (after chasing out the broad-shouldered one, they had posted him there to deter the miscreant from returning) and warned the villagers. They gathered around with tall brooms. When the tall man came stomping by, they hid. Puzzled, he decided that they were all sleeping. And a desire to try his old hobby overcame him. It had been a long time and he had been very good since then. So he jumped. Just as he soared over the nearest roof, the villagers who had been hiding on the top floor, stuck out their tall brooms. The tall young man got a few unpleasant pokes on his bottom. He landed flat on it in the mud. The villagers surrounded him and began tickling his feet with the brooms. He couldn’t get up, he was so overcome by the giggles. Finally, they ceased and he managed to get to his feet and jump away.

Undeterred, the duo decided to try the other village. Broad Shoulders decided he would be smarter and creep in at night, so the villagers wouldn’t see him coming, if they had a lookout. He needn’t have worried. The second village knew their young man well and thought he’d be too bored to return. They were all asleep and peacefully snoring in their houses.

Broad Shoulders crept up, glad to be able to walk straight for a change. Tall man’s village had a lot of wide spaces because it had a lot of fat people in it. At a distance, he spotted a tall building, with a round thing on top.

That must be Tall man’s house, he told himself. Didn’t his friend miss his home, he wondered. He decided to enter it and bring back something for the Tall man, to remember home. Feeling very generous, he circled around the tall building till he spotted a ladder. So spurred on by his happy feeling was he, that he never saw the ladder’s rungs fall away as he climbed.

When he reached the top, he found he had a spectacular view of all the lands around. It made him a bit dizzy though. He looked around for some water and spotted a bottle inside the window. He couldn’t enter the room though, even sideways. The bottle was on a table. He pushed a finger in through the window, managing to tip it over. Tall man must be very thin also, he thought to himself as he drank thirstily from the drips that spilt out of the window. In a few minutes, he was fast asleep.

He woke up to sunlight directly on his face. When he tried to stand up, he swayed. He rubbed his eyes and looked over the edge of the balcony that he was lying on. A crowd was gathered below. His head was pounding. What was in that drink he had consumed the previous night, he wondered. And it was hot.

There was nothing more left to drink. A trickle of sweat ran down the side of his face.

Voices below made him look over the edge again. The crowd was gesturing to him. So he called out.

“ICE. The thing you put into soda.”

Suddenly a murmur went through the crowd and they stopped shouting.

He sighed. Stupid people, they had probably never heard of fridges. He wondered if he could climb down. He stood up and hooked one leg over the side. Immediately there was uproar from the crowd.

A pretty girl appeared at the front of the crowd. And all of a sudden Broad Shoulders found him being pushed back into the wall. He tried to push back but to no avail. His hands only flailed around in thin air. He couldn’t understand it.

Downstairs the girl was prancing about, waving her hands. She was called the Voice. You see, Tall Man’s village had a great many people of interest. Tall Man was only the naughtiest of them and had to be banished for his bad behavior, not for his divergence. Voice Girl for instance, had a magical voice. Usually she spoke so much that her words spilled forth forming a wall of hot air in front of her. It was also why the village did not need a lookout. They had a one woman army of hot air in her. Also, she could raise her voice to the highest pitch ever. She had just raised it to the height of the building and it had reached Broad Shoulders up there.

“Why are you trying to die?”

Broad Shoulders would have jumped at the Voice, had it not been pinning him to the wall.

The Voice went silent for a few moments. Actually, she had only brought her pitch down to the villagers level so she could confer with them. Shortly, she was back.

“If you don’t answer, I’ll keep you pinned like this for the whole day!”

Broad Shoulders laughed. He liked the Voice even though he couldn’t see its source. But it sounded like a woman and women liked compliments, he knew. Some of them even liked music. So he started to sing,

“WHAT ARE YOU DOING?”

The Voice had raised him to the wall and was pressing into his chest.

“Yes. It was taught to me by my wise friend who knows a lot about women.”

The Voice didn’t know what to make of this. Her hold on him eased and he slumped to the floor again.

“I would like to come down. And then I’ll go wherever you want to take me.”

The Voice vanished at this. Broad Shoulders smiled and stood up, peering over the edge.

He declared and swung over the edge. Immediately he slipped and fell off.

Tall Man had been watching the proceedings from a distance. He was standing right at the back so the crowd had never noticed him. In a flash, he stuck out his arms and caught his friend, cushioning his fall. Then he let him drop into the dust, but from a safe distance.

And he jumped away, chewing a grass stem.

Kitne aadmi the? = How many men were there?
Saala nautanki = Bloody drama queen
Koi haseena jab rooth jaati hain toh, 1, 2, 3 ho jaati hain = When a pretty girl gets angry, 1, 2, 3 happens
Peeke drama karta hain = Causes a ruckus when he’s drunk
SOCIDE: From a famous scene in the movie where Veeru pretends to commit suicide (pronounced ‘socide’) if he is not married to Basanti.

2 thoughts on “K is for Kitne Aadmi The?”