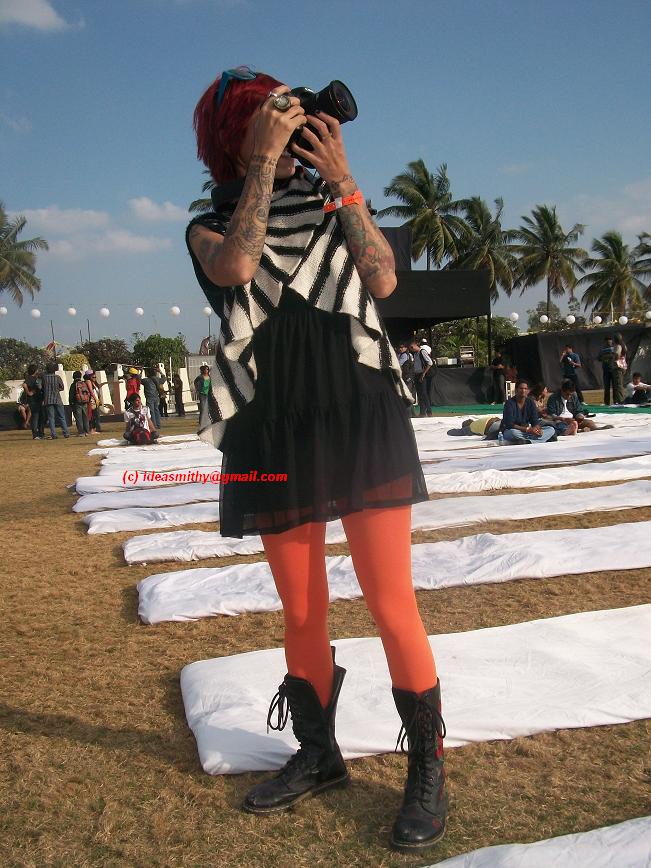 It’s been awhile since an I Style! post came up. Have Mumbaikers stopped being adventurous in their apparel? I think it’s got more to do with the fact that I am not on the road every single day, struggling through a workaholic life and thus extra sensitive to a splash of colour or ingenuity.

I’ve been meeting a number of interesting people. One of those wonderfully serendipitous (don’t you love that word, I do!) occasions was when I found myself sitting in *surprise surprise* the quirky Sapna Bhavnani’s house. I used to follow Sapna’s weekly column a few years back. Then I spotted her at a play and blogged about it, saying I wished I’d spoken to her. To my great surprise, she posted a comment saying she wished I had too. Anyway, in a nutshell, Sapna turns out to be warm and no-airs-about-her real, in person. That hasn’t stopped me from oohing and aahing over her quirky, colourful persona, though.

So here she is, featured not as a celebrity but as a regular person (because she is)…Sapna bringing back the I Style!

This picture was taken at the NH7 festival held in Pune in the first week of December 2010. Sapna was strolling around, shooting pictures of the venue and watching Airport set up. Even in that arty, colourful melee, she stood out. I’ve seen those those boots at an earlier gig and loved them but the place was too dark to shoot. This was a perfect occasion and I thought her dressing really spiced it up too!

One thought on “I Style!: Rock Chic”