Skip to content
Battle of the sexes Gender Archetype Relationships 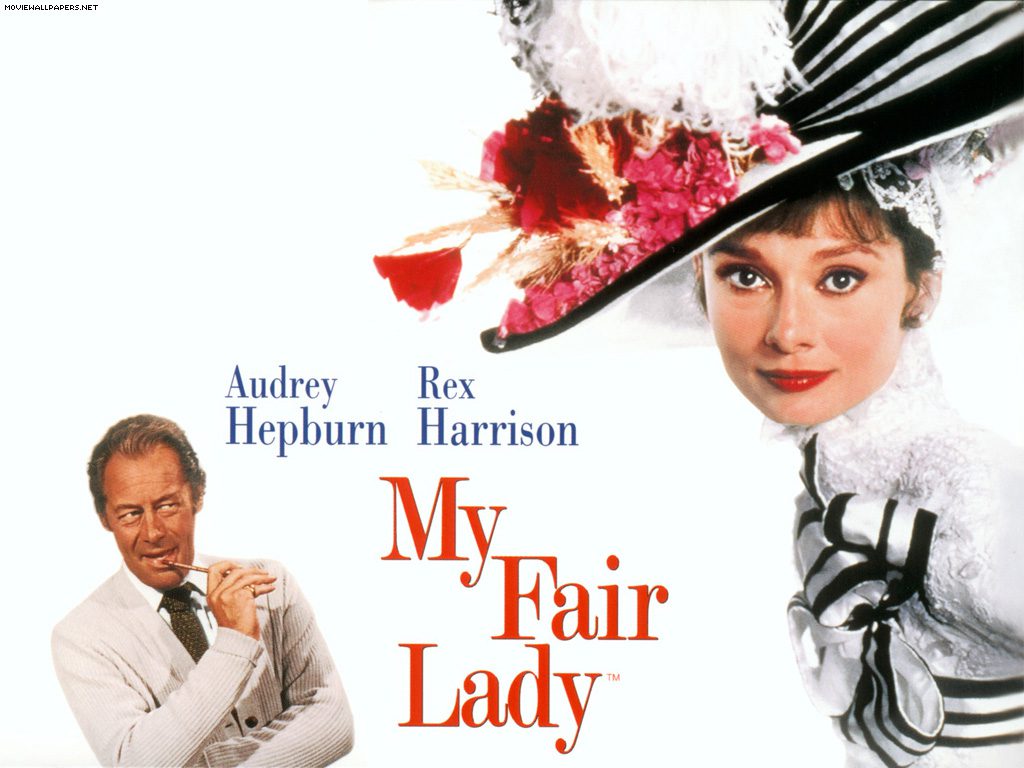 I watched My Fair Lady last week. What a delightful movie! And alongside enjoying the music and the plot, it set me thinking about..what else…gender stereotypes.

We have the superbly fresh flower-girl Eliza Dolittle and the indoubtable Professor Higgins. Everyone knows the story of the professor’s transformation of Eliza from street urchin to society belle.

I think some men have an irresistible compulsion to mold the woman in their lives. Yes, I know women have been accused of doing the same thing to their men for generations countless. Dare I suggest that we’re better at DIY personality improvement programs? 😀 But I jest.

Let’s come back to Professor Higgins. Once the street corner flower-urchin has been duly slapped into shape…errm, transformed into a lovely lady with a besotted high-society admirer, her creator suddenly wants her to go back to being submissive and receptive of his tough if not insensitive admonitions. Now is that wise? Let’s forget about fair, but is that really a realistic expectation?

There seems to be a subtle parallel in a lot of today’s so-called ‘liberated men’. So they’re all good and fine with knowing women who’re intelligent, accomplished and confident. They even manage to submerge their egos at their counterparts’ successes. So long as she’s also a perfect hostess, has a glamour-magazine-spread shaped body, cooks like a dream and loves children.

Because she’s so good in everything! I’m just a regular guy!

Hah! I defy any geneticist to prove to me that being a woman endows me with a good-at-cooking-and-keeping-house gene. Double bah!

To come back to the The Pygmalion Complex, is there really such a thing? Yes, I do think so. This 55-word story I wrote a long time ago was based on a real-life experience.

She proposed. He declined.

You’re too intense for me.

A few years later, they met.
He was older, she wiser.

She wanted to cry when he said

It has been my lot to have known a lot of strong-willed men. I seem to be drawn to such people. Every single one of them has tried to change me, initially by brute force (using everything from mean, sniggering taunts to abusive, controlling behaviour). In the more recent times, my own stubborn will stands in the way, so instead I get a sulky man on my hands instead, very like Professor Higgins at the end of the movie.

What is this compulsion with changing people? It seems to give the changer a sense of power. For the changee (the woman in the case), it is like having an alternate father-figure. In the story, poor little Eliza was an impoverished flower-girl with a neglectful father so Professor Higgins really did elevate her social status. But even so, he wasn’t really ready to be able to treat her as his equal, socially and intellectually. In Ms.Doolittle’s memorable words,

Perhaps the sufferer of a Pygmalion Complex also experiences the empty-nest syndrome following being a father-figure, once his protege gains ‘adulthood’ or a voice and opinion of her own. Don’t fathers behave very much the same way with their daughters? It is a commonly visible fact that mothers are quicker to accept the changes of time and embrace the reality of their offspring’s adulthood than fathers are.

At a more deep-rooted level, perhaps men do find it more difficult to let go of the control and power that comes from being a protector/teacher/guide. Whether he’s a father or a mentor, it is rather touching that at the end, he seems to have suffered more from the growing pains of his child/protege. My Fair Lady ends with Eliza demonstrating that she truly is a lady and in every way, the Professor’s equal (if not the stronger sex) when she lets him fret a bit but finally does return to him.

Ah, men. Why do they confuse independence with not caring?

5 thoughts on “The Pygmalion Complex”