Skip to content
Digital Dil On a lighter note.. The Dating Game Times, they are a-changing 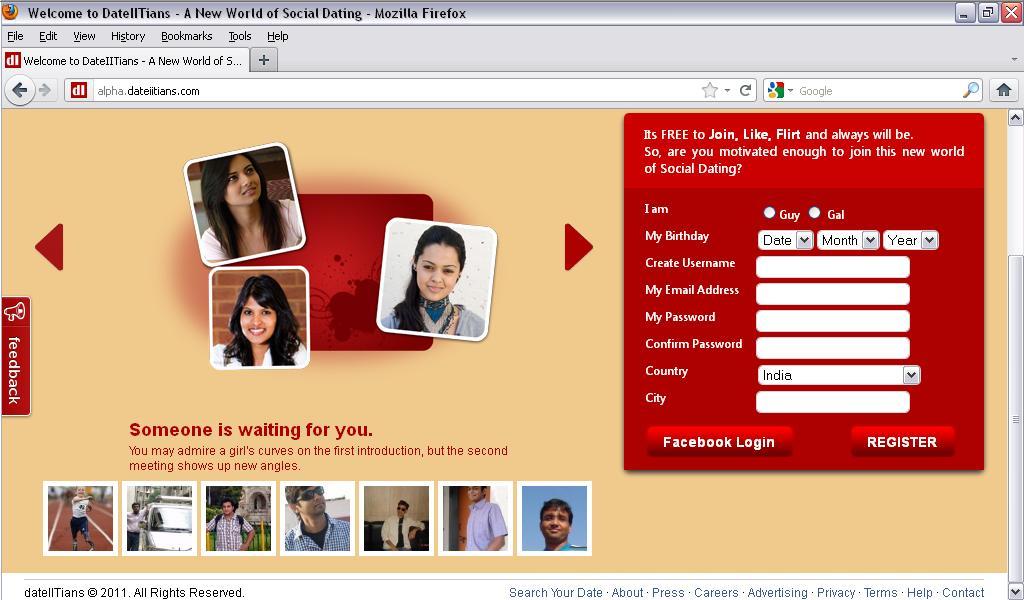 Now here’s something that popped up on my browser window. I don’t know exactly how it came to be there. It may have appeared via an inadvertent click on a Facebook ad or a random link on my populous Twitter stream. I just know I’m going to get some flak on this one but it was so bizarre to me, that I just had to blog about it.

My first reaction was, “ARE YOU KIDDING ME??” As it turned out, they weren’t. Date IITians appears to be a social network/dating website. Here’s a little something that appears as part of the revolving screen.

Someone is waiting for you

You may admire a girl’s curves at the first meeting, but the second meeting shows up new angles.

And it gets better when you go in further:

Pedigreed Pups are human males too and to them I ask – is your self-esteem really so low that you have to resort to flashing about your college name to get a girl? Do you really, really think that no girl is ever going to take an interest in you otherwise? That’s really sad, man.

Never mind the sort of men that a tagline like that is bound to attract, what about the girls? What girl in her right mind would consent to being showcased like a piece of delectable meat (curves indeed!)? I’ll tell you – a gold-digger is what.

Since, and only because the IITs are institutions that India prides itself on, because a stamp from them ensure the entire nation’s never-failing respect and admiration, I have a problem. Firstly, does this not sully a strong, respectable brand? Secondly, what does it say about us as a people that we look up to the glorification of such crass values as gold-digging, blind objectification and gender stereotyping?

If IITians are the most intelligent minds in this country, how do they not get this? Or is it too much to hope that this is all a grand parody? They also have a blog, whose delightfully sincere and helpful posts tell me they’re serious. Oh well, different strokes for different folks I suppose. Now you know where to get your ISO certified dates from.