Why Are Period Jokes Okay But Period Talk Not? 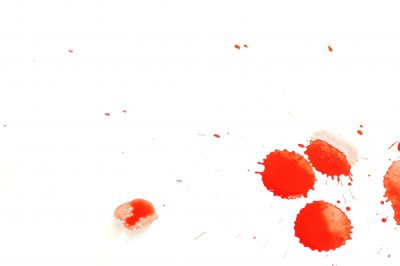 When I was in college, a guy leaned in and asked me,

“Why was there blood on the dance floor?”

These were the late 90s, Micheal Jackson was still alive, already white and not yet branded a pedophile. I shrugged. I had not understood the song anyway.

“Because Susie had her period!”

he guffawed as the boys around him erupted laughing. I frowned. I still don’t get it. The song and the joke.

If the idiot had any sense, he’d know that Susie would know to wear a tampon or a sanitary pad during her period. Even if by some miracle, she forgot to wear panties (no woman does that outside of porn films), the blood would not gush out of her and land on the floor in a  puddle. It would cake around her groin, with a trickle or two lining the insides of her thighs. I very much doubt it would even get as far as her knee before it congealed and dried up. It’s menstrual blood after all, not red wine. But how would he know? He was a man. What did he know about menstruation, after all?

I once had an argument with a friend over this. He thought joking about things made it possible for people to not take them so seriously. I see where that might make sense in some things. But not here. Most men are terribly uncomfortable with the notion of menstruation. This discomfort is indulged by a society that makes it okay to not talk about it and silences girls and women about a natural, bodily process. Making a joke of it, especially in an information-deprived environment actually propagates wrong notions. It also increases the shame factor that keeps the silent zone in place.

Periods suck. They’re awful. I hate having them. Why should I not be allowed to rant about them? Why must I not be able to expect sympathy for strong nausea, blinding headaches, backache, stomach cramps and aching joints (on account of weakness due to blood loss, the doctor says)? Everyone gets sympathy when they face any one of these, don’t they? Why, when I have to have all of these together am I not accorded the same, just because it’s on account of my period? Never mind getting a day off to rest. The only people who will grant me that will also treat me as an untouchable, not allow me to pass by places of worship and create a huge hullabaloo if I reach for a bottle of pickles. Yes, this happens, even in 2014 Mumbai. It happens to me.

You know what talking about the above gets me? PMS jokes (which are period jokes in douchebag clothing, pun entirely unintended). I think PMS jokes are even more offensive. They don’t just spread ignorance like period jokes do. They also actively propogate demeaning women for natural body functions. They reaffirm the idea of women as shrieking banshees incapable of logic, sense or responsibility.

I have no problem with humour. But humour is only really funny when everyone (and not just the the person who makes the joke) gets that it is not serious. In the Susie joke, I think a lot of my classmates actually believed that a woman dancing during her period might leave puddles of blood behind on the floor. Think about what their attitudes would be towards the women in their life undertaking physical exertion during their periods?

So yes, we need to be able to talk about periods. What about period jokes? I’ll say they are okay the day it is permissible to sit around talking about menstruation as normally as we discuss Arnab Goswami and the next Salman Khan movie.

Update: I challenge every man reading this post, to go through this list. It’s creatively designed as a humour/horror quiz but is closer to the truth than most factual articles I’ve read. Go on, I dare you to read it through to the end.

5 thoughts on “Why Are Period Jokes Okay But Period Talk Not?”