Towards Zero: A One-Night Stand For The Mind 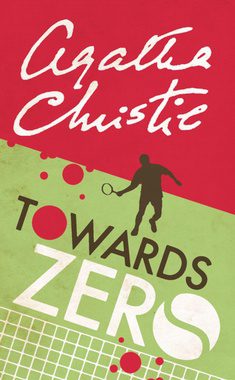 I had been looking for something to read, something meaty to sink my teeth into at night. You see my ‘still to read’ pile had reached alarming proportions (not to mention my bills) so I enforced a clampdown on bookstore visits until a dent was made in the pile. That pile has happily (or perhaps not, depending on how you see it) dwindled down to a 18 books, most of which I have started and at least once. But they’re all books that I have to read for research, understanding or lessons of some sort.

I decided I had earned myself a little reward and dipped into my parents bedside bookstand. The four I picked out were:

The first and the fourth are both mysteries so I decided to put them at either end of the pile and feeling the need for a little comfort (read familiar) brainfood, I picked the Agatha Christie to start with.

I haven’t actually read a lot of Agatha Christie books but I’m not entirely unfamiliar with her writing. In the past, I’ve found her books absorbing while reading but lacking in something and I put it down to her style being too dated for my taste. By this, I don’t mean that I don’t relate to the period that her stories are set in since I have read and enjoyed P.G.Wodehouse, various science fiction stories and some historical novels too.

Towards Zero didn’t cause me to change my opinion much. I suppose it could be called a classic whodunit – a murder mystery, multiple suspects each with the motive and the means. This much of it worked and very well. Agatha Christie’s charming manner of introducing her characters and defining them with their individual quirks engages the reader. The setup of the plot seemed a little obvious to me. I wasn’t even a tenth through the book before I was already constructing situations in my head over which character would be murdered in order to deliver the maximum tension, so crucial to a book of this genre.

The case analysis, clue-finding, examining suspects, building logical scenarios are what draw me most to mysteries & whodunits. I think this is where the book started to lose me. It felt too obvious, too simplistic, even superficial.

The ending was quite a disappointment, not so much for what it was but how it was presented. Twists and unexpected endings are practically expected in this genre. But this felt too thin, too up-in-the-air for my taste.

I think a major part of the novel was devoted to setting up the characters, developing their connections and establishing the setting. After that, the story seemed to lose steam at its (for me) most critical juncture and just hurry through to the end.

I began the book last night and put it down this morning. So it did fulfill its purpose of giving me something ‘meaty’ to chew on. Towards Zero is the kind of book I wouldn’t mind reading over a long train journey. But it’s really not a book that I’d recommend as a must-read or one that promises great learning/stimulation or anything more than the most superficial of reading pleasure.

2 thoughts on “Towards Zero: A One-Night Stand For The Mind”