Skip to content
Diary of a Writer My Soulmate Is A Book Navigating the Feels Pop Culture Relationships Sex & sexuality Times, they are a-changing 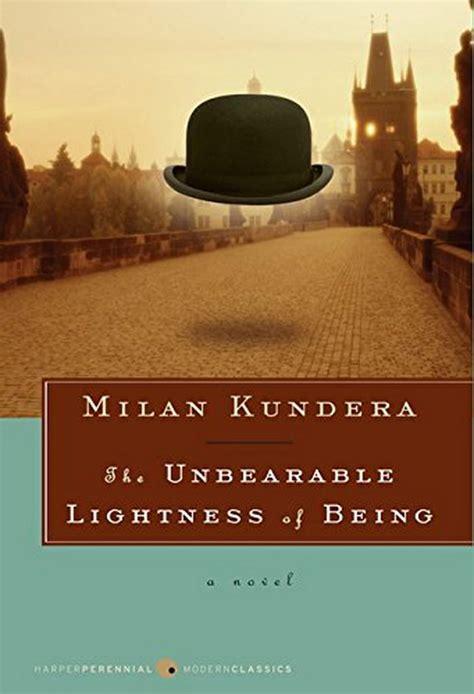 This is the book that set me on the cultural stereotype path that I would live out for the next 16 years (and still going?). The people I hungered to be around in the 2000s (MNC-employed, literature spouting, pretension-grooming) spoke eloquently about Milan Kundera and Haruki Murakami. Of course many of them pronounced the former like it was a Punjabi name and the latter without his first name. We were a newly independent India, stepping into a new millenium, bravely leaving our middle-class restrictions behind, daring to reach for a glitzy new world. It had all the trappings for every kind of us. And my us was expensive but broody.

I tried on styles, jobs, beliefs, relationship structures & people for size. And I was equally being tried on. One such experiment liberally quoted from Kundera. On a bookshop date however (my idea that he agreed to unenthusiatically and you’ll see why in a minute), he admitted that he had only read this one book, Kundera’s most famous one. I smirked and just to be contrary (another trait he spoke of admiringly in his ex), picked up a different book by Kundera. As it turns out, I was so intrigued by the love of language and the words, the words, the words, I came back to buy this one. By our next meeting, I had read enough of Kundera’s work to know that the trophy had been putting on an act. But I was the real intellectual, I decided. Because I had read other books and and let their ideas dissolve into my being.

I did a Clubhouse room reading room discussing ‘The Unbearable Lightness of Being’ this week. It was a revelation. Sixteen years have passed since I fell in love with the ideas in Kundera’s writing, the shifts his words produced in me and the kind of life that I think the people in his books and who love his books must live. Two of the others in the conversation sounded visibly distressed by what they’d read. These reactions feel authentic now, in a way that I would not have been able to appreciate in 2005. It is distressing to read about constant cheating, casual cruelty, naked pain & endless counter-betrayals, worse still when they’re presented as love. It is especially distressing when one comes from a culture that forces exclusivity, virginity, repression, duty, responsibility & the abdication of personal pleasure or individuality.

I felt it all then and I’ve ached in every fibre of my being all these years. Kundera’s characters have felt more in line with the kind of story I want my life to be. One that’s rife with the poetic yearning, the cruel-but-intellectual betrayals, the yearning that must stay unfulfilled or prove to be disgusting when satisfied. Self-doubt has become a daily sparring partner, fear a nightly bedmate. Affections are never simple, attentions are overlensed by darker inner movements. Mating rituals, career choices, family entertainment, the language I speak – every second of my existence has been appointed with deeper meaning, with eternal questions. Maybe it has given me the career or indeed, the identity of a writer that I’ve borne with pride for years. Even the now simple act of checking my reflection merits a selfie, a deep post and a profound thought to pay for that act of mundanity. But once I had read this book, I couldn’t go back to the ordinary life that had been laid out before me, the very kitsch of it.

Did I make the choices I made, because I read this book when I did? Did I interpret the feelings I had, into grander ideologies rather than accept my very ordinariness? It’s possible that I would have done these things had I never heard of Kundera too. But perhaps my life journey would have felt more shameful & less baroque. I like who I became (or maybe have always been). If that be pretentious, so be it. I couldn’t bear to be kitsch on purpose, after knowing there are alternatives. Even if it is distressing.

This is not to say that the book and indeed the life I chose isn’t pretentious. I mean that title made me cringe even then. Which is why in the years since, when I’ve talked about my Kundera love, I’ve mentioned and quoted from books with titles like Identity. The very essence of pretentious is playing games with oneself, isn’t it? It isn’t necessarily inauthentic. It’s just difficult for other people to see someone twist themselves into knots of their own doing & believe it’s beautiful.

Something new that came up from this Clubhouse room discussion was the political undertone of this novel. In most of my readings, I only focused on the obvious sexual & romantic politics between Tomas, Tereza and Sabina. But our conversation pried loose the metaphors of Tomas’s personal and political conflict. On one hand, Tereza representing the conventional structures valuing the group, duty, responsibility (Pre Cold War communism). On the other hand, Sabina representing the libertine ways in pursuit of individual pleasure & gratification (the harbingers of Gen X capitalism).

At the moment, I’m caught between the choice of a passionate (and unstable) life of politics, poetry & revolution versus a comfortable one of conformity, shame & surrender. I feel too tired for the first but I feel like I’m too much for the second. And amid all this, where does happiness lie? Is it in pleasure? Safety? Companionship? Independence? Glory? Wisdom? Success? Peace of mind? Maybe I just read the book now based on where I am in my life, seeing layers where none exist. Yet, expressing my midlife angst with over-intellectualising a forty year old book is exactly the sort of thing a Kundera character might do.

My self-analysis is kitschy. But I retain my taste for the pretentious by re-reading a book like this which undoes me all over again. My efforts to be libertine are so kitschy, it’s terribly amusing.

I know I should have done this earlier but if you’d rather just read my Goodreads review, here it is. Forgive me, I am tragically addicted to your attention –

The Unbearable Lightness of Being by Milan Kundera


I first read this book in 2006, devouring it after I read Identity. The hip circles were talking about Milan Kundera and I wanted to try something obscure before getting to his most famous work. I never looked back. I’ve re-read this work as well as his others.

Recently I hosted a Clubhouse room discussing this book and it brought up layers of other insights. Some of the others were in their 20s and reported feeling very disturbed by this book. I vaguely remember feeling the same disconcerted confusion on my first read. But I was also fascinated by this counterpoint to my more restrained & regimented culture. I think now this book opened up ideas about love, ownership, loyalty, exclusivity etc. for me that I’ve never been able to close down again.

Our conversation touched on the political movements in the backdrop of this novel. It made me realise that Tomas’s central conflict between Tereza & Sabina may be a metaphor for his politics. On one hand, Tereza representing the traditional structures & roles of his society & conformance to the system. On the other side, Sabina representing the quest for personal pleasure & valuing the individual self over all other considerations.

At one point Sabina is thought to be punishing Tomas for looking at his watch during intercourse. Contrast this with an earlier incident which shows her to be ‘the best friend’ Tomas ever had and her generosity in finding Tereza employment & helping her to make friends. Sabina also says that she likes that Tomas is ‘the opposite of kitsch’. So it’s not sexual jealousy that drives her to punish him but disapproval at his kitsch predictability of guilt-cheating on his wife. This crystallised the more intellectual & bohemian love between Sabina & Tomas for me, after over a decade and a half.

This is a book that keeps on giving with every read. But only if you’re open to sitting with some uncomfortable personal insights.