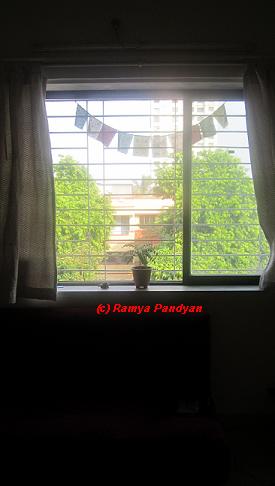 Recall a fairy tale-esque moment from 2011. An epic kiss? A triumphant victory? A Wonderland-esque adventure? How did this momentous or fanciful happening affect your outlook?

Years ago, a close friend told me about the early days of her relationship. She’d married to a man who’d lived in the US for years and moved overseas for the first time in her life. Before that, she’d lived with her parents, under her grandmother’s guardianship and later, shared a room with another girl.

She said the first year of her marriage was all conflict, fighting all the time. Being fiercely independent, she hated the fact that she had no life outside of him. Her only friends were his friends. All of that changed in their second year, when they moved houses. It turned out, that he had shifted to a bigger place just before getting married and furnished it as he thought a couple would like. But they were all his ideas and how well did he know her then, after all? Their second house was one that they found, furnished & decorated together. She said a lot of their problems settled after that. It sounded incredulous to me.

The boy moved within a couple of months of our dating, to a bigger house that was closer to where I was. It was already furnished and his sparse bachelor possessions (gaming console, microwave & single bed) fit in somehow. I didn’t like the house. The wall-sized poster of a garden, right out of a bad 80s Bollywood movie was just the start. Then there was the clunky furniture chosen by the elderly couple that owned the flat, which they didn’t have space for anymore but couldn’t bear to get rid of, either. There was the construction site right next door, which made it impossible to open the curtains. There was the musty smell hanging about the entire house, the cheesy stuffed toys displayed everywhere and the garish chandelier right in the center of the hall.

I didn’t think that much of it back then, since I thought it wasn’t my house. But we did spend a lot of time in that house. I’d be over on most weekends, holidays and even some weekdays. I soon had a key of my own. I’ve spent time there alone a few times, when I was in the area and had to wait for my next appointment. It was an odd place that I spent a lot of time in, but had nothing of me and never felt like home to me.

Earlier this year, following all the problems of the house, including skyrocketing rents, water supply issues, horrible neighbors, tyrannical landlords and infrastructural problems, we moved. I say we, because it is a shared space. It took us a year to realize it but home is a space you share with the people who spend a lot of time in it.

Our new place is in a different area, a far less posh & upmarket one. It is smaller. But you know something? I love it. Few places have felt like home, like this one does. I remember the exact moment when I pulled out a set of colourful prayer flags, a memento from a friend’s visit to Ladakh. These used to hang outside my bedroom window and cheer me up with their sight, the first thing after I opened my eyes. They are now strung across the large window in the hall. The belief is that when they wave in the breeze, all the good wishes and prayers printed on them, come true. They’ve certainly brought more than just colour into this new house. They’ve brought joy, peace and a sense of peace that the earlier houses didn’t have.

Other little touches have been added. A Wolverine poster on the door, that was a gift from his friend. A seed in a pot, that I grew into a happy, green leafy plant. A stack of books on the window sill, his and mine. My movie DVDs mixed in with his XBox collection. The beanbag that used to sit in my room, next to his computer table, that now holds the TV.

This is our Wonderland, one that we made together.