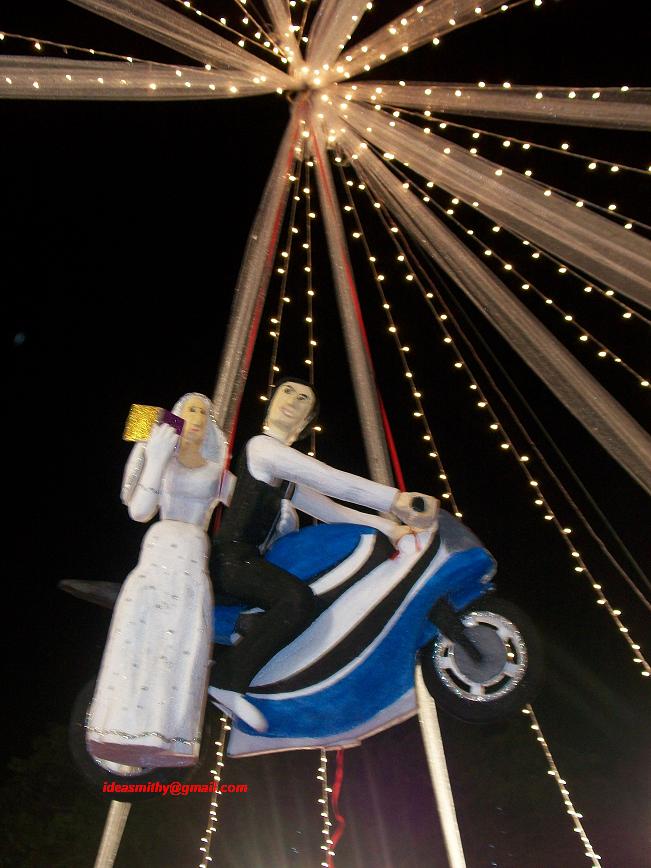 I couldn’t think of what to write for this Reverb 10 prompt, at first. December has always been the social month for me. Friends from out of town come back home. Employers are a little more indulgent (or just busy planning their own social calendars). Vacations happen. Parties happen. Outings happen. Fun happens.

I ran through the list of things that have happened earlier this year, focussing on the second half since that’s when the cheery part of the year began. It’s not that there weren’t great things. There were a lot of good times (lucky me!) and it was hard to pick one that was the best. Also, in all truth, each of them was special in a very personal way (like the anniversary where the wonderful boy and I cooked together). That, I figured, didn’t quite fit this bill. Looking through my picture albums for memories, I hit upon just the one! And what’s more, it had happened in the otherwise dark part of my year, early on in January.

I got to know Reena at The Wall Project. She was a friend of Adi, who I had just gotten to know the week before and invited to the said event. He brought along Reena with her twinkling eyes and brilliant smile. On our first meeting, when she came to pick up Adi from the lunch he’d had with me, I grinned at her and said,

Of course she was (and is) and it also seemed perfectly natural and possible to say something like that to her on the first meeting.

The Wall Project was a mad and merry day of colour, silliness and laughter. Reena’s wall echoed her sunny, colourful and romantic self as she painted,

Six months later, I was a little surprised to receive an invitation to her wedding. We had gotten along but I never thought that she liked me enough to invite me to her wedding! In high spirits and after much planning, Adi and I made our way to Vasai. The weekend that was, is chronicled here.

Without doubt, Reena and Melroy‘s wedding in lovely, green Vasai and the warmth of her family and friends who hosted us, was the high point of my social calendar in 2011. It wasn’t just the great decorations, the mad dancing and the greenery of the place. It was the friendliness, the tangible warmth, the genuine hospitality (as opposed to the flashiness I’m used to in Mumbai) that really made this event memorable.

Diary of a Writer