Skip to content
Idea-toons Life in Digitalia Roving I 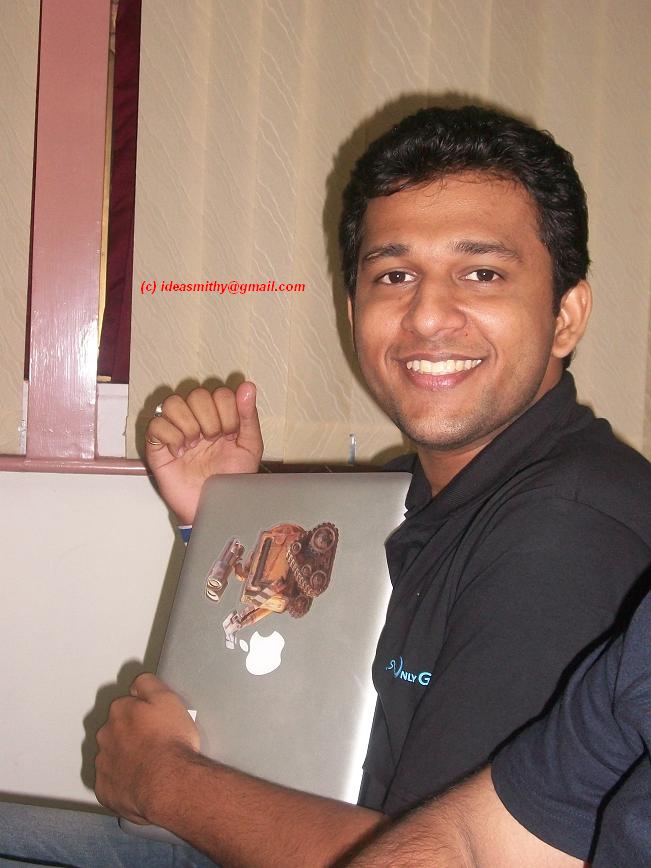 On the coldest day of the season (according to the news), I stuck one toe out of my cozy blanket and groaned. “But it’s a Sunday!” Of course, since I’ve quit my daily job, every day could be a Sunday. But still…it’s the principle of the thing! By the time I’d washed my face, better mood set in as I remembered, “It’s BlogCamp!” Annkur was already at the other end of my phone line, brimming with all the energy of his (annoyingly) 20-something self and asking when I’d get there.

The best part about getting out early on a Sunday morning is the lack of traffic. I made the hours-long journey in 25 minutes flat, counting the autorickshawalla abruptly stopping mid-road to go pee. When I raged at Moksh about the weakness of male bladders, he chuckled and said, “The question to ask is why does this always happen to you??!” Good humour indeed, considering he had travelled through the night and just hopped off a train and I can’t accuse him of the same (annoying) youthfulness of Annkur. *evil smirk*

The last unorganizer, Netra was (hopefully) comfortably ensconced in the family home, following a bout of illness. We missed her even before the event began. And finally, our official partner BlogAdda were represented by Nirav Sanghvi.

The IIT campus was brimming with the usual high energy of a student community and trebled by the preparations for what they’re calling Asia’s biggest youth festival. Getting a BlogCamp fit into the Mood Indigo schedule was indeed, a coup de grace. (Pause to pat collective selves on back). I left behind the Mumbai dust and grumpiness at the gate with the security guards as I hurried into the lush greenery of IIT. The School of Management was home to the original BlogCamp, which started off as one room tossed out by the Barcampers to us low-lifers called bloggers. And to underline the nostalgia rush, I spotted Meetu (of WOGMA fame) entering at the same time. BlogCamp is where we got to be friends and she’s one of my dearest cronies today.

Aditi and her quiet-but-efficient team of Mood I (creative) volunteers had already set up the whiteboard, the auditorium, the projector and screens. I paused to have a word with Meetu about the WOGMA tee-shirt that was my last Ideart project, before whizzing onto the important-sounding business of setting up the wiki. Having entered the first slot onto the whiteboard ’11:00-11:20’ (with black marker pen…isn’t that fun?!), I proceeded to calm down Annkur who was in a terrible panic that no one would turn up. By 10:30 a.m., the auditorium had magically started to fill in and we started BlogCamp with a round of introductions.

Meetu (Twitter, Blog) was the first speaker with her talk on ‘Writing Reviews Online’. She talked about the need to respect the creator of the offering that one is reviewing and backing up a viewpoint with explanation. Meetu’s WOGMA is one of the finest review blogs I have ever seen. In person though, she’s just an everyday person, nervous about being on stage. It was really refreshing to see how her confidence has grown, in her work and in talking about it. Listening to and chatting with real people (and not superstar celebrity types) forms the crux of BlogCamp so Meetu felt like an appropriate opening speaker.

Harpreet (Twitter, Blog) began with an image-bedecked presentation on ‘Sketching Experiences’. Harpreet shares his reflections and views with the world, online just like the rest of us (bloggers) do. But instead of text-based posts, he uses sketches and diagrams to depict his ideas. Harpreet’s presentation threw up a new aspect of this free-flowing medium.

John Matthew (Twitter, Blog) spoke about his experience of blogging. He said his being an SEO professional certainly helped in content creation. His suggestion to write often, daily if possible seemed to run into trouble as a number of bloggers placed quality over quantity. The next speaker, Tarun Chandel (Twitter, Blog) directly contradicted him when he asked bloggers to not use their blogs as dumping grounds and clutter up the online space. Personally, I’m more inclined to John’s suggestion as I believe that blogging like all else only gets better with practice.

Sonesh Prakash (Blog) talked about a comic strip that he has created featuring two characters called SoBo Chick and Suburban Guy. Sonesh did not have a blog or a twitter account when he walked into BlogCamp (and he set up one in the course of the event!). Sonesh has been working with these two characters for weeks now and sharing their conversations on his Facebook status messages. This doesn’t fit into the ‘traditional’ purview of a URL with a profile page and a set of chronologically ordered posts. But considering that blogging began as a one-to-many sharing of content, his work certainly fits into that description and brings out yet another aspect of this ever-evolving medium.

Srinivas Kulkarni (Twitter, Blog) talked about his passion for travel and outlined his plans to travel to the South and live-blog the journey. Aniket Thakkar (Blog) described the Flash Fiction project and the concept of multi-author blogging. Harish Iyer (Twitter, Blog) spoke about being gay, child abuse and how blogging has helped him share his experiences as well as touch other people’s lives. Manoj Kewalramani (Blog, Blog, Blog) touched on political commentary, travelogues and image-blogging.

Interestingly, four people touched on one particular aspect of blogging that I’ve never seen discussed at BlogCamps before. Harpreet, Tarun, Sonesh and Manoj all talked about using the visual instead of/along with the verbal to depict ideas. None of these people are professional artists or work specifically with images in their daily life. But they’ve each picked on a way of sharing a thought using sketches, cartoons and collages. The web tools for these are as yet clunkier than the ones available for text-based blogging. Services like Flickr target the high-end professionals while those like Twitpic simply approach visual blogging as an add-on to the ‘main’ text blogging. It looks like it’s time to recall the adage of a picture speaking louder than a thousand words.

Indeed an event like this would be of tremendous interest to the worlds of media, marketing and knowledge services since it brings out various ways in which people are choosing to create and share information, opinions and other content.

We started the day planning for parallel sessions in different rooms. But the turnout didn’t seem big enough to break up the group into smaller groups so the BlogCamp stayed within the confines of the SOM auditorium. The sessions proceeded more or less continuously and people would step out for breaks as and when required. There wasn’t exactly a before- and after- lunch flow. However, after the aforementioned speakers, it seemed like the group was dissipating into smaller factions having mini-discussions within themselves.

Moksh, our resident teacher took charge and turned the event into a group discussion. The mikes flew across the room chasing ideas, questions and opinions as we discussed paid blogging, citizen journalism, advertorial content, buzz creation, social media marketers, blogger voice, media celebrities, sponsored events, influencing opinion and ethics. We officially called it a day at 5 p.m. with a round of feedback on the event itself. It was heartening to see that most participants had stayed on for the entire duration of the event.

The Twitter feed of #blcm was buzzing through the day and I heard (unconfirmed) that the tag was trending in Mumbai for awhile. Here’s a choice selection of the tweets about the event:

_alps Did you know that you can visit webseo.com to get a certification in SEO. Tip by @johnwriter #blcm

ideasmithy #blcm @srinistuff is trying to figure out dependable connectivity for his blogging on the road project.

beeayeanoowhy This guy Sonesh made a backpacker trip to Kerala and back in 3500 bucks. Includes a decent room stay w/ bathroom&TV for 150. Awesome. #blcm

mohitnanda Talks are on, from Travelblogs to Backpacking to Haiku to… #blcm

manojnayakc #blcm whoever this guy is, He created a new theory called sandwich theory.

mohitnanda “You only become normal by becoming as abnormal as other people are.” via @hiyer #blcm

srinistuff Funny… Im sitting behind @ideasmithy And tweeting out 2 her rather than talking to her. 😛 #microblogging #blcm

actionink @monishd No, me neither. Had tickets for a theatre performance. but I was following #blcm n some stuff on visual blogging seemed interesting

The past BlogCamps have struggled to stay on course and often been hijacked by the unrelated domains of business ventures, technology and advertising causes. But as a constant participant of BlogCamp, I feel like this particular event really hit the golden mean by touching on various aspects of blogging, driving multiple conversations and attracting a good mix of long-time and new bloggers. Feedback to the contrary (or in support of) continues to be welcome.

That was the ‘un’official round-up from the unorganizers. Here’s what the participants had to say about Mood I-BlogCamp December 2010. (Do post links that you don’t see on this list and I’ll add them – pictures, blogposts, tweets are all welcome).