In The Name Of Love (For Many) 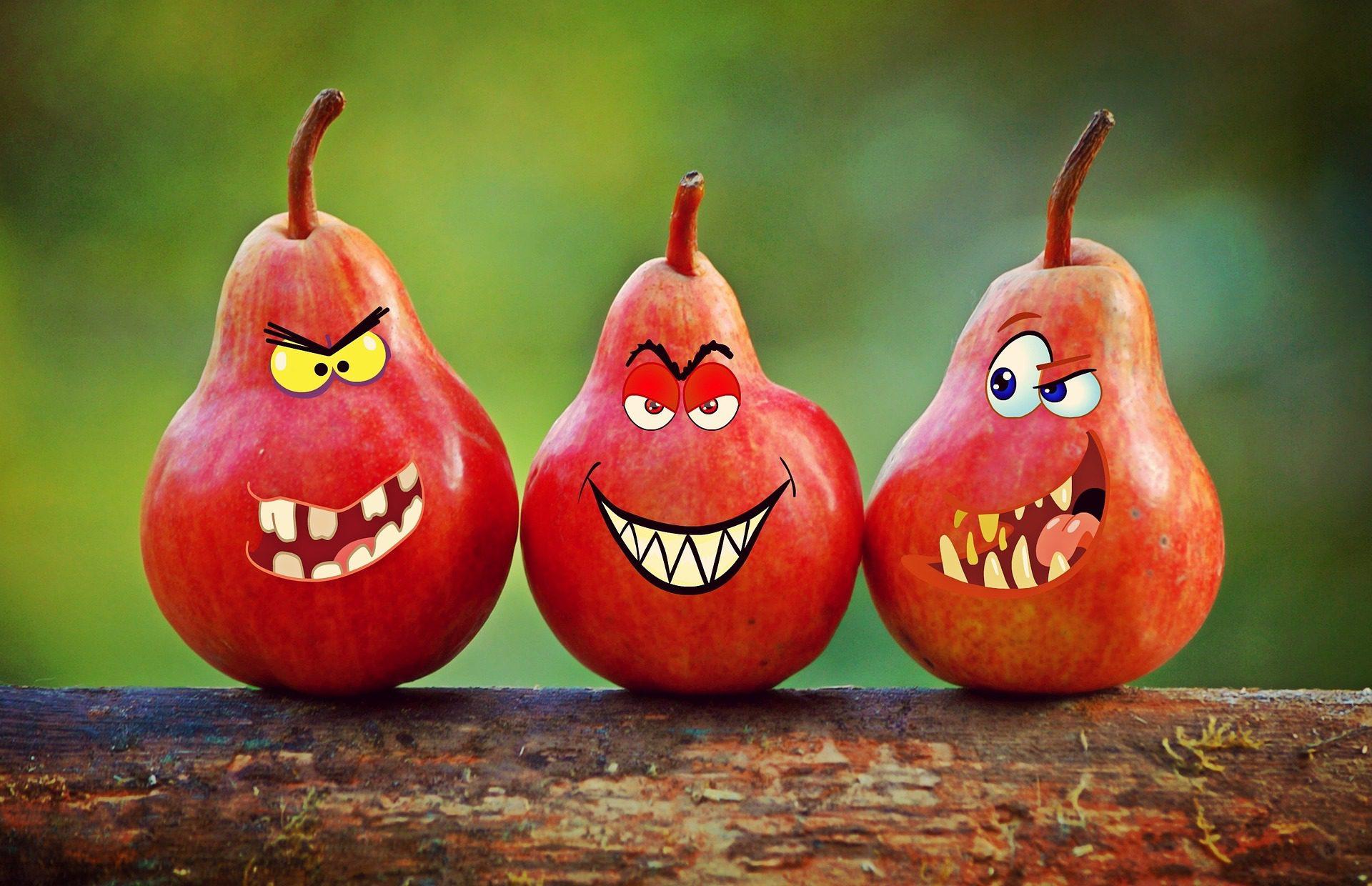 I’ve written about polyamory before.

At the time of writing this post, I was running two blogs. And the trickiest thing is not the ideation (hah, look at my name!) or content production. It’s deciding what goes where and when. The Idea-smithy was my first blog and is the source of my pen name, now a stage name, a preferred identity and the base of my social and professional world. XX Factor started as an offshoot of The Idea-smithy, a standout character from a cast that also featured some pretty dark poetry, moody home truths, wistful and wishful thinking and just fantasy. My posts about womanhood and about men seemed important – to me and my readers and so I decided they merited a blog of their own. In the 15 years since then, my understanding of my own gender, sex, sexuality and identity have evolved. These come from personal experiences whose accounts rightfully belong in The Idea-smithy since it was and still is a personal journal. But the specific love-sex-dating-relationships-gender incidents as well as how they affect my identity sit with XX Factor. Sometimes it’s hard to draw those distinctions. But all of this works as long as I compartmentalise. It’s very important to me.

So how do I decide where to put a subject like polyamory? Fundamentally it seems to be about love and sex, so yes XXFactor. On the other hand, it is about language, about society’s norms, about our personal politics and how we navigate the world and that makes The Idea-smithy claim it. I guess at the deepest level, I don’t know how I feel about it. So I can’t decide which neat and tidy room in my life to place it in – my emotions or my ideologies.

I’m looking at this post again in 2021 from within a consolidated website with my name. And it feels appropriate to dissolve those compartments.

I’ve known polyamorous people. I’ve been out with some. I have felt a deep connection, even great affection for a polyamorous person. But I’ve also known a lot of men who use polyamory as license to cheat and humiliate their partners. I’ve known more than I think, my fair share of ways in which men exploit every privilege afforded them by the world to wreck destruction. “You can love multiple people” feels like handing over a loaded gun to a seven year old with non-existent impulse control and a propensity to damage things.

I have known at least three women whose partners have philandered (and I don’t care if that word sounds old-fashioned because it’s still relevant) and caused them long-term damage through public humiliation, gaslighting and financial exploitation, all in the name of loving many. I was the subject (the target) of the attentions of these ‘polyamorous’ men. That they ranged from ‘dangerous conversations’ to ‘sexual harassment’ is semantics. Because the nature of trust and respect is hard to define and words are but warm air until someone decides to assign meaning to sounds. We all do and we place so much faith in them that it’s easy – too easy – to get lost and to get hurt. I’ve seen it all happen.

All my experiences of love and sex that contribute to this blog stem from experiences that challenge me and make me question who I am, at the core. Whether it was wondering how I felt towards people who loved others of the same sex or whether it’s taking a stand on abortion, it always comes down to this. I accept the human condition with all the ways in which other people express it differently from me. Acceptance means bearing witness with respect, not being indifferent or judgemental. It was relatively easy to conclude this for a gay/lesbian person. A little harder (intellectually) to come to this mental place for a trans person. Not even a question when it came to kinks and distinguishing sexual inclinations from tangled emotions. But I still don’t know where I stand on polyamory.

If it’s only about feeling love for a lot of people, what’s new about that? Isn’t that every single human being on the planet and what’s the need for a special label for this? If it’s about non-monogamous sex, Tinder made that the reality of our generation and again, why a label? And then, how are there also marriages and couples within polyamory since those terms define exclusively monogamous relationships (by law too)?  My thoughts are as cliched as those of monogamous people, the overwhelming one being, “It’s hard enough to maintain one romantic relationship, how on earth do people manage multiple ones simultaneously?”. And yet, I detest labels so I chafe at being clubbed in with the monogamous. This doesn’t mean I willingly pledge my troth with the opposite side because polyamory is a label too. It’s easiest for me to be okay with everyone doing their own thing, mainly because I see these as if from the outside.

The hardest thing is being part of the picture and living it with grace. ‘Polyamory’ like so much else reminds me of the horrible past relationship that was systematically strewn with every manner of lying, humiliation and abuse. That he began our relationship with the sentence “I don’t want any of this open relationship shit. Brutal honesty, that’s all.” and meticulously went on to lie and cheat in every textbook way while making me end my friendships with exes and keeping me off the stage – these still loom large and dark in my perceptions, no matter how hard I try and keep perspective.

Earlier this year I met someone who introduced me to ‘the poly community’. Of course, I remembered thinking, something like this needs a community. For one, it’s a hard idea for the world to accept and there’s strength in numbers. Secondly, by its very definition, polyamory means loving several people, including the people that the ones you love, love. In theory that sounded nice. I always thought I was a 70s hippie flower child born in the wrong time, after all. The idea of a contemporary commune of people expressing love and respect openly, minus social restrictions and free of the pseudo-spiritual drug culture of the time, sounded wonderful. In reality however, it was a dark room (why? there were plenty of lights and in Mumbai, the electricity never goes) with a heavy fog of weed smoke. The conversations ranged from inane to mundane, the kind you’d find in any watering joint in this city on a weekend, among people desperately trying to fill loneliness with intoxication and noise. And finally, it didn’t last longer than a few weeks as Person A’s ‘primary’ Person B moved to another city and Person C (earlier a secondary) decided they preferred Person D, who in turn was great friends with B, and also got along really well with me while their primary ‘knew’ (don’t ask me if that’s in the biblical sense) my ex’s somethingsomething. I couldn’t keep track of primaries, secondaries, tertiaries and whatever comes after that. That last bit did it.

While I’ve been slightly amused by a friend freaking out about Sex Degrees of Separation, this is getting just too connected for comfort. I never want to remember that the monster I was engaged to, inhabits the same universe as me. Of course, he does, but compartmentalisation allows me to keep my sanity and peace of mind and focus on things that matter to me. I don’t want to have any conversations about love or sex or intimacy or anything with anybody even remotely connected to him. Full termination, amputation, whatever you may call it. Even while I don’t like them, boundaries work for me.

Which brings me back to – Polyamorous People. I’ll never judge an idea. It is after all, something magical, something intangible that has the power to shape identities, change lives, transform generations. People though, are much smaller, pettier and more limited than ideas. And this is after all, not about how I feel about polyamory but how I feel about polyamorous people.

That, I think will depend on the person themselves. There are people that I am willing to overlook some of my rules, for. There are others whose seemingly minor infractions are causes to block, unmatch, report, ghost or terminate. There’s no one formulaic reaction to polyamorous people (or their communities) because there’s no one formulaic polyamorous person. This is not judgemental, it’s accepting and respectful while staying true to my nature.

I don’t know what I’d do if I fell in love with a polyamorous person and didn’t want to become one though.

Mar 21, 2022 IdeaSmith
Harassment & abuse Identity Is This Feminism My Soulmate Is A Book