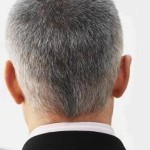 This post was inspired by a comment on my previous post. Apparently these days social media is a great way of meeting women (see slide number 25 in this ppt) .

And of course, I have a Facebook account too (who doesn’t?) so I got a little active there too.

So here’s the big discovery – it’s damn difficult to build a following on Twitter if you have an anonymous account. Nobody wants to follow me. But interestingly, a couple of women have been flirting with me – two have actually admitted that they believe in polyamory. Yes. There is justice in this world. One actually DM’ed me her email id and wanted to know my name – and even came on Gtalk. By the way, if you’re interested to connect with me on gtalk my id is marriedsingleagain 😉

On Facebook, there have been a few queries about my ‘relationship status’. And I guess it’s to do something with perceptual set. You know, the feeling when you buy a car and suddenly start to notice lots of cars of the same brand on the roads? Suddenly a lot of divorced/separated women have started noticing me. They pop up on FB chat or message me their number. Some of them are damn good looking – and it confuses me. Should I read anything more than sympathy in those messages? For example see these messages I get on Twitter.. why do women have to be so infuriatingly complex 😛

I was talking recently to a female friend who got divorced some time ago and she shared that the number of people who hit on her after knowing she got divorced is like almost 90% of the men she meets, and that men somehow think “a divorced women probably wants sex all the time cause she’s not getting it”

Some people suggested I try out a dating app called Zoosk on FB, and a dating website called BeNaughty – but they seem to be money making rackets – specially when a female in skimpy clothes (in the DP, no not that DP you dirty mind!) suddenly wants to chat with you as soon as you open an account – that’s fishy! And of course they want you to pay, for accessing messages sent to you :O Hello, this is the internet, peepullz !  So stay away from those crappy sites

So I’ve decided that social media is not really going to get me a date… and I am not going to make a pass on any woman using Facebook and Twitter… maybe a little flirting, being a little naughty online… but a relationship? Nah… Not until my divorce comes through and I resolve myself psychologically…

Yes, I do think I am not fit mentally to get into a relationship anytime soon. But flirting should be ok, right? 😉

One thought on “Flirting on Social Media”