F is for Fear Economy 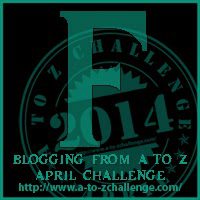 In my previous storython last May, I created a fantasy world called Feardom. (See story 1 and story 2 that I wrote then). This is another Feardom tale for the A to Z Challenge. In my first draft, I was told that the universe wasn’t clear enough. I’ve revised it since then, but just in case, here’s some context: Feardom is a world of ghouls, monsters-under-the-bed, aliens and otherworld creatures. They manage freshly dead souls’ passage into Feardom or wherever else they may be bound, with all the expected errors, goof-ups and emergencies. They also run a fear economy, collecting, creating, processing and distributing fear across the living world. Feardom functions at night.

F is for Fear Economy

Koriko was lavender with irritation. The colour made it even more cold and bothered. Feardom was tepid on a good night. But this was not a good night. What night was, when your work was bothersome?

It twisted away from the desk, deciding it was time for some exercise. As it rolled about on the floor, its circumference returning to a perfect circle, order was restored to its fevered mind as well. Koriko had picked up the art of rolling yoga from a cult worshipper who had an out-of-body experience by mistake. The under-bed monster fraternity had decided against the practice since the practitioners got too wholesome to fit under children’s beds. Koriko hoped against hope its own Department wouldn’t find some stupid reason to outlaw it among its employees too. Roga was wonderful for its shape and mind.

As Koriko bobbed up to the glass window, it noted in satisfaction, that the sickening lavender had receded. It was not yet its sunny yellow hue but it would probably not be that way till this matter had been laid to rest. Rich clients were always difficult but dealing with Amutty was extra purpleful.

Koriko’s Department Stomach didn’t understand. His job was to process all manner of requests to the Loss & Relocation department and juice out maximum spirit. Spirit is all he cared about. Koriko chose to stay in this job because he was one of the few Feardom citizens who didn’t have the foul taint of guilt on him. Guilt doesn’t stick to ghouls; that’s what makes them such great Department Stomachs.

Koriko slowed in its rolling down the corridor, to check its reflection again. Almost beige now, it noted and decided it would roll all the way tonight, instead of taking its whizzer.

Inspector ‘Jiggs’ Jigaboo was hanging outside his precinct when Koriko rolled his way. Koriko brightened immediately at the sight of its old friend.

“On a Fitness roll, are we, Officer Koriko?”

“Yes. I’m losing shape and I’ll go blue if I don’t do something soon.”

“Can we go in the direction of the graveyard?”

“Are you sure? You never want to go there.”

“Well…yes. But I’ve got an errand to run. And I could use some company, especially at the Bone Market. Roll me out if I get too faint.”

Jiggs growled and began gliding. Koriko pulled out of its slow spin and bobbed up next to him.

“I thought you might be busy tonight. Passed a fresh crop of new-dead coming in.”

Jiggs jerked in his glide.

“They’ll be stuck at the Netherworld pass for at least two nights. And more than a quarter of them will get rejected and sent back as near-death. Some of them may even come your way, Koriko, like that kid I rescued last moon.”

Koriko grimaced a perfect arc across its round face. That had been a nightmare, even for a seasoned Feardom citizen. 3 hours in Feardom when a guy is not dead was a gruesome problem for the authorities to clean up. The Bureau of Bureaucratic Nightmares didn’t like the living nosing it on its turf.

“There’s more and more of those happening these days. I think the Fear Factory needs to be called to account. Raw fear is proving too potent for the living. We need to go easy on them. Can’t have so many of them tumbling into Feardom in sheer fright, before their time’s up.”

“Try telling that to the authorities. All they’re interested in, is all that free fear that rolls off them, the instant they materialize here. Do you know Bone Collectors are sunlighting as fear scavengers now? Ixtra help us all.”

“I’m telling you, those crooks will be the last ones in Feardom, after the rest of us have been vaporized or gone transparent. They can turn every trick in the book!”

“Some of them may even become grishoomy Department Stomachs!”

“We’re almost here. And you’re quite pale, Koriko. Are you sure you want to go in?”

“Oh, I don’t think I can go in. I’ll be so transparent, you won’t even be able to see me to roll me out. I’m waiting to see if I can catch a Bone Collector on its way in.”

Koriko turned a greenish hue. Jiggs felt its discomfort. He knew the Loss & Replacement department was notoriously secretive and Koriko didn’t want any trouble with its bosses. It was terribly mysterious that they were here in the first place. The entire department looked down upon the skullduggery of the Bone business and hated the Fear Factory passionately, as their biggest competitors. They weren’t very profitable but they got by. There was a call for that kind of thing, in a fear economy.

The Department of Loss & Replacement orchestrated displacements of objects, places and people to distill unease and panic. It was guilt-free fear since forgetting allowed people to absolve responsibility. As far as Jiggs could see, that was the only draw for Koriko, who was allergic to guilt.

“I need a bone, preferably one with a streak of blood or maybe an attached tissue. It’s for a case.”

Jiggs bobbed. Since when did Koriko’s Department deal with such base things? Koriko’s pink splashes solidified into stripes now as it made up its mind.

“You know how we were talking about the death explosion? The authorities are trying to curb it. This is a test assignment. We’re experimenting with a guy who is too bored to live anymore.”

Jiggs coughed. He would never understand the sentient beings of this planet.

“Yes. So we’re going to introduce disruptions to keep him uneasy and interested.”

“What else do you think it is, on this planet?” Koriko countered, its face yellowish again. “Anyway, it’s not fear. Not yet at least. Just unease and mild panic. He probably won’t even feel that much, given how far he’s gone into ennui.”

“Your fancy Replacement orchestrations too good for him?”

Koriko rolled about unhappily. It didn’t like it any more than Jiggs but its friend didn’t understand. How could it explain that it had tried three different orchestrations but the man had just shrugged them off. Koriko was fed up with the Stomach’s grumbling but it wouldn’t be relieved till this case was closed. Their machinations with higher state thinking had failed; it was time to go back to the basics. Skullduggery was cheap and quick.

“Just get me the bone, will you? Foot bone, not one of the toes. Remember, with a little muscle attached.” Koriko grizzled.

Jiggs blobbed away to haggle at the Bone Market. Koriko spun in place, saying a thank you prayer to Ixtra. There would be much spirit in this assignment and it was thinking of taking a long vacation afterwards to recuperate. The sea might be a nice place to visit. There was no guilt underwater. Maybe it would ask Jiggs to come along.

*Image via njaj on FreeDigitalPhotos.net