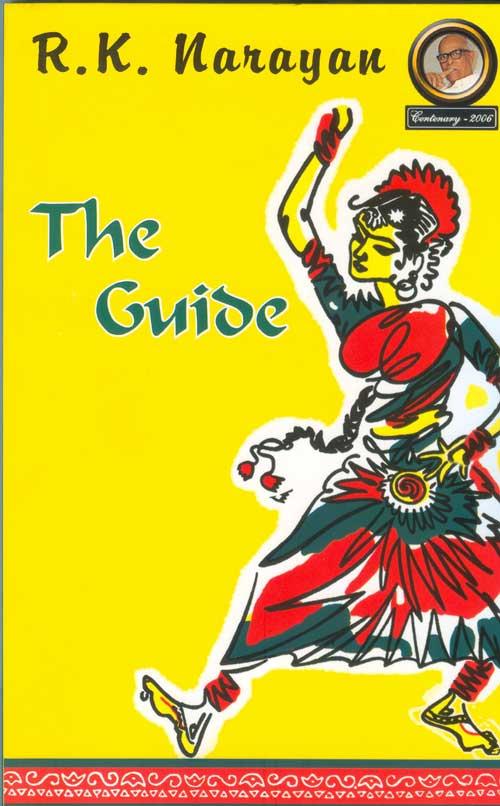 The Guide by R.K. Narayan


I wasn’t sure what to expect of this book. I’ve read & enjoyed RK Narayan‘s other works, ranging from the ones popularised by television like Swami and Friends to the somewhat less known ones like The Painter of Signs. Because of the Bollywood film association, I was worried that this book might not be like the others. And it wasn’t.

For one, the narrative structure meanders through time, occasions & people. Unlike the author’s other books which stand solidly in simplicity – of description & structure, this one seems to take pleasure in playing with deliberate obfuscation. I’m inclined to think that this was a deliberate choice. The first four chapters are spent just creating the character of the protagonist, Raju via sundry incidents across his life, with no chronological order. So the book sets the tone of being the ruminations, the very personal journey of one man. Memory would meander, reflect, edit & double on itself so the whole book creates the air of being the personal ruminations of Raju. The last chronological event to be described in the book is one of prolonged meditation so it’s possible that these are the thoughts running through Raju’s head as he ponders how he came to find himself in his current situation & what this means.

I was alternately intrigued, charmed by, sorry for, disgusted, disapproving of and finally empathetic to Raju’s character. What masterful writing, to be able to take the reader on such a diverse journey through a few pages! True, Raju’s life story seems dramatic when seen from a distance, chronicling his rise from rural youngster to his many adventures as shopkeeper, tour guide, marriage breaker, celebrity manager, jailbird and godman. Seen from this distance as if on a glamorous big screen, you could think of Raju as an opportunist, exploitative money-chaser.

But while reading, there is a sense that Raju does not actually care for money or really, much else. He’s apathetic, a curious condition for someone who isn’t high up on privilege. His background is modest, if not completely impoverished. His family is never at starvation point though it seems like the people around them might be. But he’s low enough on the social system to have no actual aspirations to ascent because that’s just not a realistic dream. Many of the things that happen, seem to be fortunate happenstance & the story is really in the ways he responds and his own reflections on why he chooses the way he does.

Raju is almost illiterate, having faded out of the rudimentary rural school system early. He also lacks any notable references or role models around him & has no real company of others his age. Perhaps it’s not surprising that his mind is the only hungry thing about him. The story sets this up neatly by having him pore over every piece of print that comes his way, in his quest for wrapping paper, to his keen interest in shop customers who speak of things other than the weather, politics & local disputes. We see his mind grow as it learns to use these for small personal conveniences & comfort, by convincing the people around him to let him push his mental boundaries with new experiences & also by making use of the newer clientele for resources & his way forward.

It is almost as if his mind has opened up for the first time and his morality has not yet had time to catch up. In parallel, his meeting with Rosie mirrors this dichotomy as he experiences very adolescent pangs of desire, attachment, jealousy & more and is bewildered by them. But he never seems to dwell on it too long, other than to run that quick mind off on another tangent & keep racing (mentally). Raju has the wonderful (and sometimes terrible) ability to rationalise everything that happens to him and to other people with very little damage to his own psyche.

At the same time, it’s not that he doesn’t evolve. There is something touching about his rumination about his time spent with Rosie, alternately glorifying his own egoistic machinations as well as philosophically accepting that these have been selfish acts. He debates with himself but without rancour or desperation. The same happens, and with far less struggle in the culminating event.

In a discussion about this book, one person suggested that the ending was punishment, a vindictive sort of just desserts. Another brought up the thought that it was actually redemption. The ending has been left satisfyingly ambiguous. And I say that the way I imagine Raju would think of it.


View all my reviews

The Return Of The Queen