Skip to content
Battle of the sexes Digital Dil Media Messages On a lighter note.. Relationships The Dating Game Times, they are a-changing 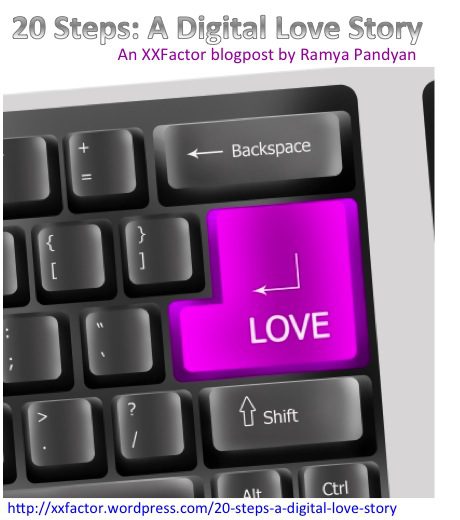 1. He sends her a carefully worded to sound casual-but-smart message.

2. She replies with the digital equivalent of a laugh.

3. Encouraged, he does some more of that.

4. She chuckles (digitally, of course). He notices that her smile is crooked and that her teeth don’t quite line up. He wonders whether to judge her for not using Photoshop or be impressed that she doesn’t feel the need to.

5. While he’s thinking, she springs a snarky/smart/weird reference on him that makes him laugh.

6. Encouraged, she does more of that.

7. They continue in this fashion, trading funny lines, witty insights and an occasional urban angst reflection, that they agree (without words) to consider original.

8. The dating site goes down for 27 hours. They return surprised at the relief they feel that the chat history hasn’t been vaporised. But just in case, she says, maybe it’s not such a reliable platform after all? Sure, he agrees, how about moving this to chat instead?

9. They now feature on each other’s ‘Last messaged’ and ‘Always Show’ chat lists. Gripes about work, mid-morning panic pangs and I’m-so-bored-but-it’s-not-time-to-stop-work-yet chats feature on these.

10. Work hits. Life intervenes. Illness happens. Or, never mind that deus ex machina crap, it’s just a weekend. But she types his name into the search bar every now and then. And he stalks her photos on a lonesome Tuesday night.

11. 4 days later, a Hi goes unanswered. 2 days later the reply goes unnoticed. 3 days later a message goes undelivered. A week later, they are online at the same time but they don’t exchange a word.

13. A month later, he says ‘Hey’. She replies (after 20 minutes), ‘How are you?’. They talk. It’s almost like it once was. Almost. But he’s texting a prospective hookup about later. And she is parallel-chat-flirting with a new crush/Fwb. There are no goodbyes in this conversation that is peppered by intervals of at least 5 minutes between each message.

14. Three weeks later, he messages saying he is going to be in her city. She replies “Oh cool”. No further communication.

15. Two days later she pings him saying she saw his profile on another dating app and isn’t it funny how things turned out? He replies with a smiley.

16. A month later, she notices his profile picture has changed to show a geographic landmark that she recognises from her own city. She chooses not to comment on it. She forgets about it.

17. He changes his profile picture back to one more his style, his city after 2 weeks. This time, there’s a girl in the picture as well, her head pressed close to his. Two weeks later, he notices the Facebook ticker shows her rapidly commenting and liking some guy’s status updates. His eyes move back to his feed before he can even think about it.

18. She receives a friend request from someone. It’s an old classmate. Among the 37 common friends, she notices his face. And she wonders if she should ask how they know him. She files it away in her head for a later, more casual conversation where it won’t be noticed. And she forgets about it.

*Image (without text) via thanunkorn on FreeDigitalPhotos.net

If you liked this post, you’ll also want to check out:

One thought on “20 Steps: A Digital Love Story”