Skip to content
IdeART My Soulmate Is A Book Roving I 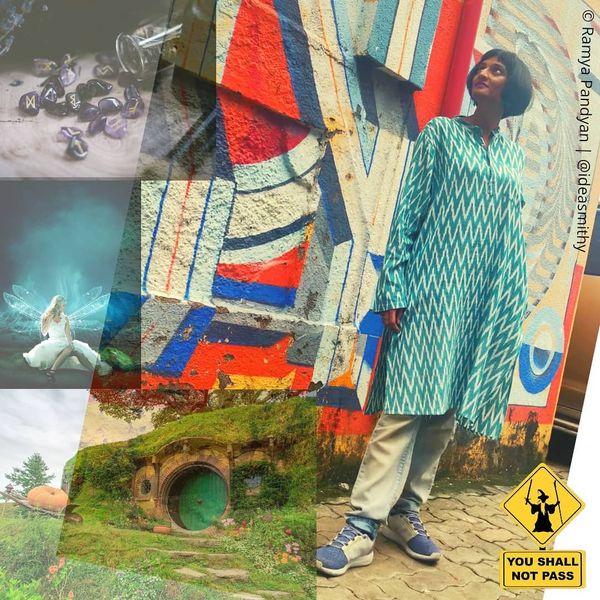 As a kid, I was adrift in a sea of cultural influences, linguistic, communal, regional & personal. Maybe that’s a metropolitan childhood but life has always felt like a search for an identity anchor.

I took to books early because an only child is a lonely child but words never go home at night. I stumbled across Russian folktales, tumbled over Enid Blytons, ran into mythology Indian & foreign & danced with kid sleuths. There was so much to discover, everything fleeting by faster than I could make sense of it, in a blur of library cards & surreptitious reads in bookshops. I enjoyed other kids’books more than their toys or for that matter, them. I knew how to navigate words snuggled between pages better than I did, kids’ behaviour & adults’ agenda.

One of the books my dad gave me had a picture of a dragon on the cover. I’d seen him reading it the previous week so I was surprised to get to read a big people’s book. Some time later, he handed me a heavy box. It was a box set of books with beautifully painted covers. This is the story after the book you’re reading, he said.

He’d borrowed it from a friend. When he finished, he asked if he could hold on to it a little longer for his daughter to read. The friend asked, “She’ll read this? My kids don’t like books.” Yes, said dad. In that case, said the friend, let this be my gift to her.

I met the friend years later. He called me his god daughter but never mentioned the gift. I know now that this is a rare collector’s edition of a story that pioneered fantasy fiction & later, a highly successful movie series. It’s the classic hero’s journey that has intrigued people of every age for decades. In guess my inner Bilbo Baggins met her Gandalf early in life.

Oct 30, 2021 IdeaSmith
My Soulmate Is A Book Navigating the Feels